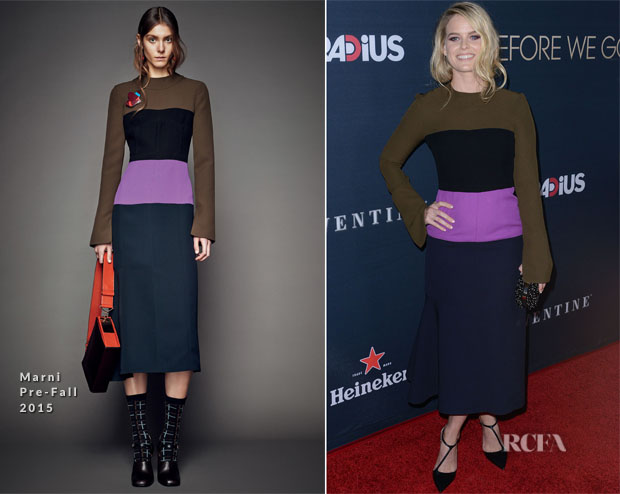 Alice Eve attended the ‘Before We Go’ Los Angeles premiere, held at the ArcLight Cinemas in Hollywood, California on Wednesday (September 2).

While I don’t mind the lookbook version, the reality as presented on Alice didn’t translate as seamlessly. The silhouette appeared proportionally ill-suited to her frame and likewise in need of some solid tailoring.