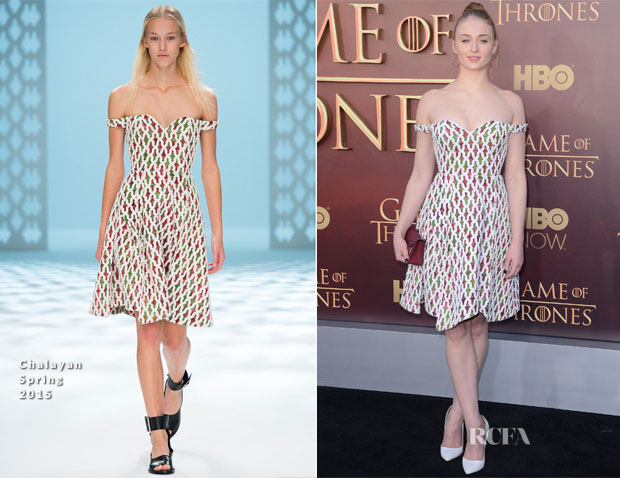 Sophie Turner attended the HBO ‘Game of Thrones’ Season 5 premiere at the San Francisco Opera House on Monday (March 23) in San Francisco, California alongside her castmates.

Along with the print, I love the sculptural elements of this frock and its jagged hemline.

While I don’t mind the white pumps, I would’ve preferred they had been off-white to stark white, as they almost dominate the look.