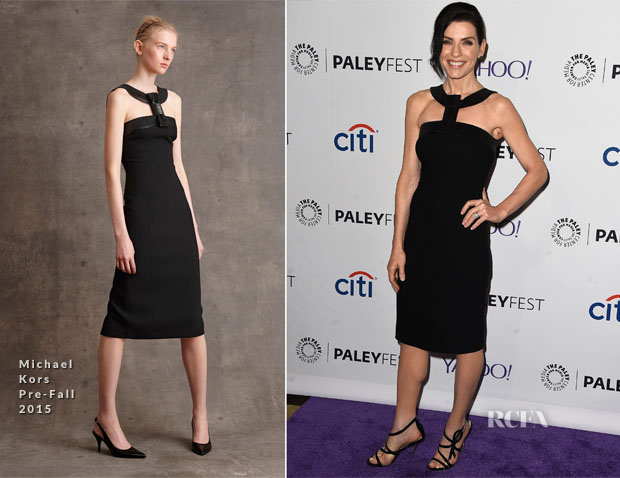 Minimally modern and simply chic must have been her mantra, and she followed it well in a Michael Kors Pre-Fall 2015 black dress with a subtly shimmering, halter-inspired neckline.

The epitome of an LBD, the design was classic and sophisticated without being yawn-worthy.

In keeping with the minimal aesthetic, her makeup was nude and natural, with Jerome C. Rousseau ‘Taboo’ notted-bow sandals provided the perfect ending to the look. Did you miss a bolder lip?