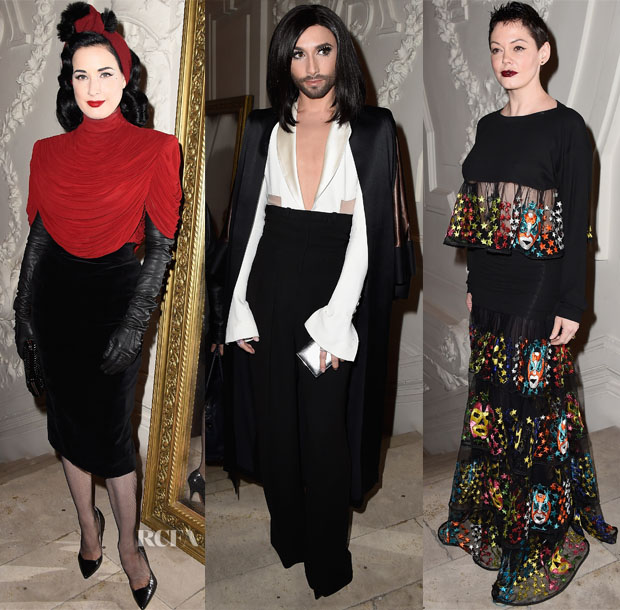 Dita Von Teese: Attending her second show of the day, the burlesque star wore a more theatrical look from the French designer, which incorporated her love for long leather opera gloves.

Conchita Wurst: Alongside Dita, the singer was probably the best dressed in the house, looking very chic working a JPG look with subtle details that make this a distinctive stand-out look.

Rose McGowan: Serving up a mix of punk and goth, while this look is interesting I don’t think it’s particularly flattering, especially the top half.