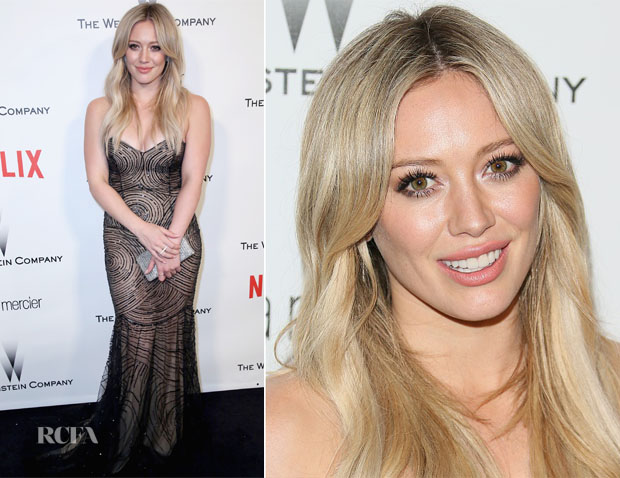 It’s been a while since I liked anything worn by Hilary on the red carpet, and the trend isn’t going to end today.

Seemingly stolen from Alessandra Ambrosio’s closet, this Rani Zakhem Fall 2014 Couture strapless nude and black fully beaded gown is not really doing much for her.

The styling is hugely uninspiring. It’s just a round no from me.