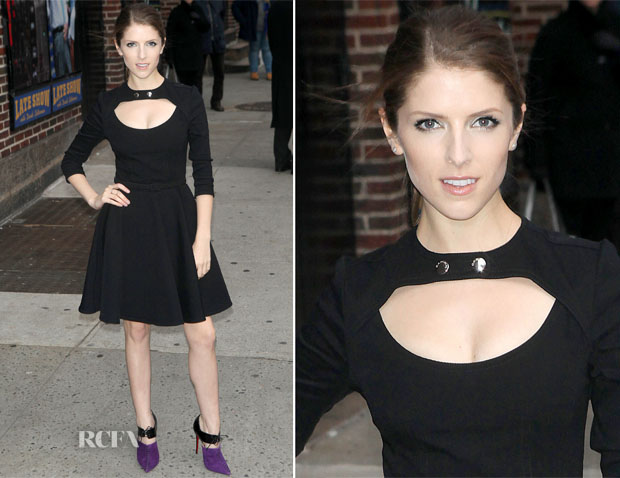 Anna Kendrick was spotted outside the Ed Sullivan Theater on Tuesday (December 16) in New York City prior to her guest appearance on the ‘Late Show with David Letterman’ where she continued to promote her new movie, ‘Into The Woods’.

For a split second I wasn’t a fan of the Christian Louboutin ‘Corsita’ shoe-booties, but the mimic cut-out and dual colour inject some fun and vitality into her look. 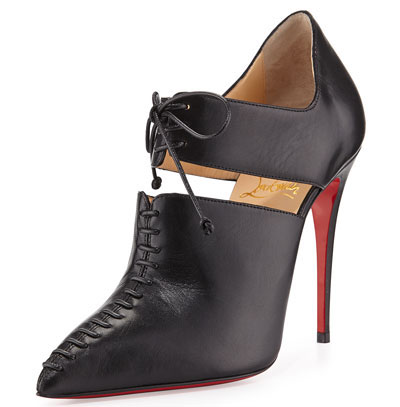 Posted by Catherine Kallon on December 18, 2014 In: Anna Kendrick, Carven