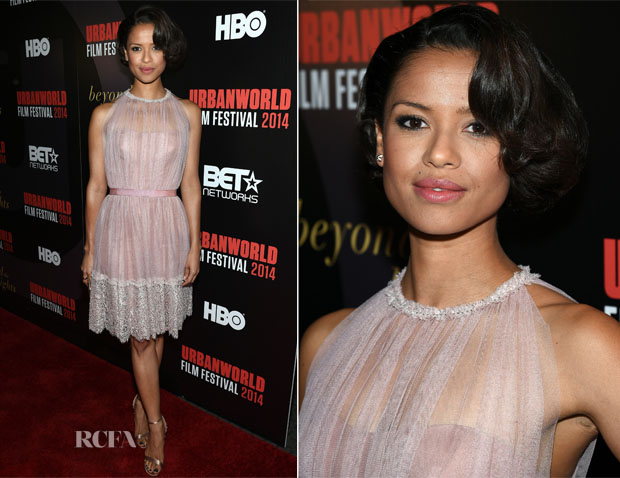 Gugu Mbatha-Raw attended the ‘Beyond the Lights’ opening during the Urbanworld Film Festival held at SVA Theater on Thursday (September 18) in New York City.

Opting for an ethereal look, she wore a sugary pink Jenny Packham Pre-Fall 2014 mini dress with a tulle overlay and sequin-embellished lace hemline.

As pretty as the dress is, and Gugu in it, it feels a tad too sugary for my liking.

I know I kinda really like this deep down, but I also have a searing toothache.

Which side of the fence are you on? Sweet or too sugary?