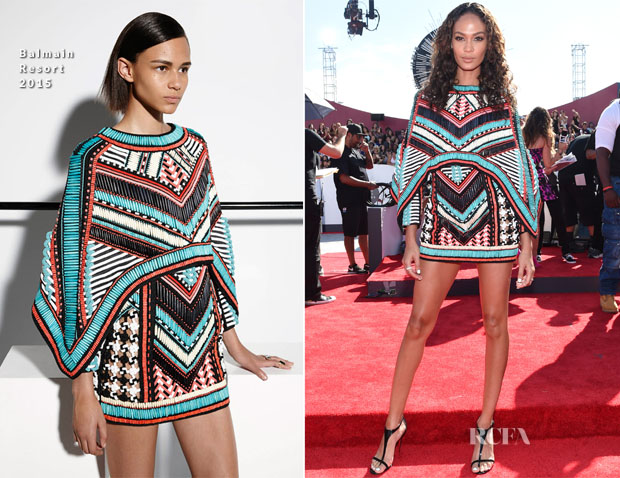 Of all the models who attended the 2014 MTV Video Music Awards held at The Forum on Sunday (August 24) in Inglewood, California, Joan Smalls was the only one who totally nailed her look.

The uber chic look was styled with sexy black Louboutin sandals and Chopard jewels with barely-there makeup and natural curls rounded out her look.

She was easily one of the best on the night. Do you agree?