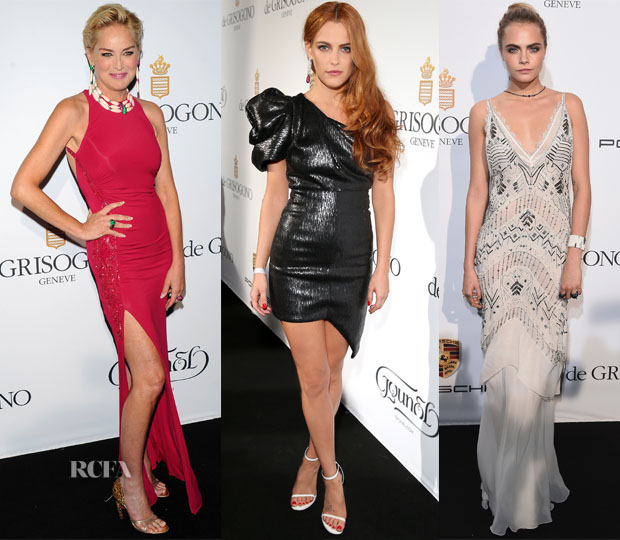 There were many more ladies who took to the red carpet for the De Grisogono ‘Fatale In Cannes’ Party during the 67th Cannes Film Festival on Tuesday (May 20) joinng Cheryl Cole and Rosie Huntington-Whiteley.

Sharon Stone: The actress opted for emerald De Grisogono jewels to go with her raspberry-coloured Roberto Cavalli halter dress featuring a side slit and embellishment.

Riley Keough: While everyone else wore a gown to this event, Riley continued to march to the beat of her own drum wearing a Saint Laurent Spring 2014 mini. The look featured an asymmetrical hem and neckline with a puffy shoulder styled with yet another dazzling pair of De Grisogono earrings, with white Stuart Weitzman ‘Nudist’ sandals completing her look. She should’ve worn her hair up. 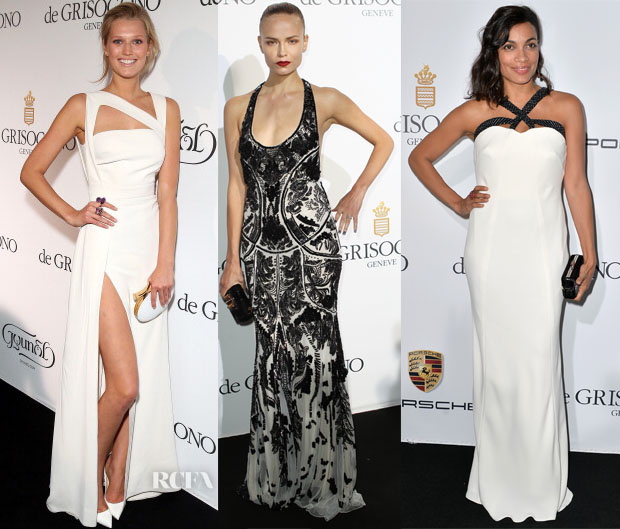 Toni Garrn: Working a more fresh-faced look, the model wore a white Elie Saab Spring 2014 gown with a slit and cut-outs styled with all-white accessories including a Giuseppe Zanotti Design clutch with gold hardware. Unlike the others, her De Grisogono jewels were more subtle.

Natasha Poly: Wearing Cavalli, her white gown with black embroidery was matched with some equally dramatic red lips and a slicked-back ‘do. A Christian Louboutin ‘Sweet Charity’ studded black clutch with a gold bow completed her look.

Rosario Dawson: The actress chose to wear a Giorgio Armani white dress with a black embellishment neckline. The look was beautiful, but I wish it was more defined at the waist to give her a sleeker silhouette.

Cara Delevingne Gets Leggy For Her ̵...

Cara Delevingne Shines In Another Daring...