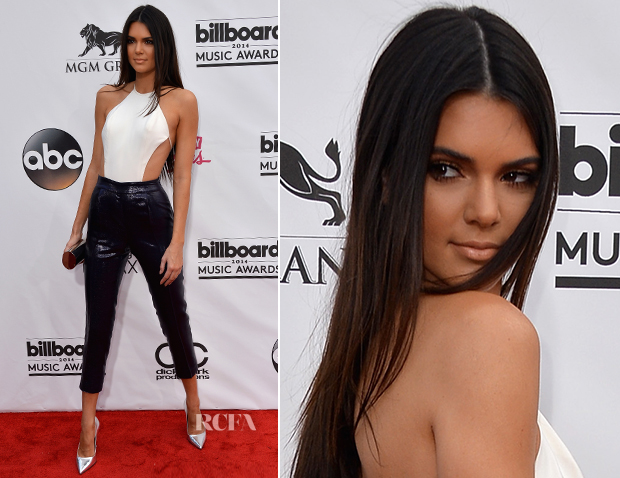 After attending the Cannes Film Festival opening ceremony, Kendall Jenner jetted back to the States for her presenter duties at the 2014 Billboard Music Awards on Sunday (May 18) at the MGM Grand Garden Arena in Las Vegas, Nevada.

From the barely-there proportions of the top to the high-waist and cropped shape of the pants, this silhouette isn’t an easy one to wear. However, the statuesque Kendall rocks it well.

Silver sling-back pumps and a cylindrical clutch, along with board-straight locks and smoldering makeup, completed the look.

I have to say I like the streamlined sizzle that she brought to the show.