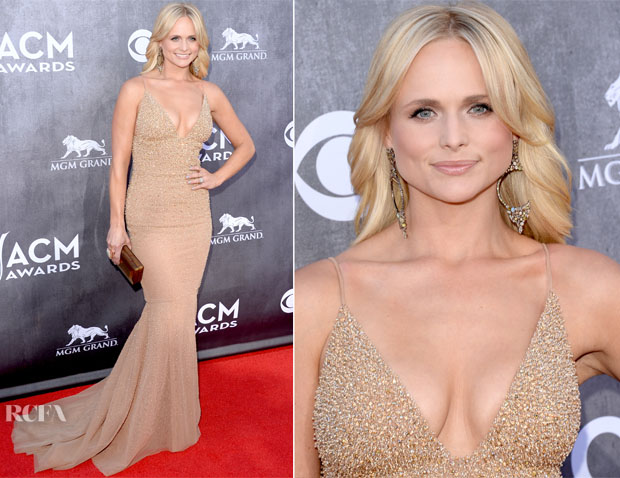 Miranda Lambert took to the red carpet for the 49th Annual Academy Of Country Music Awards held at the MGM Grand Garden Arena on Sunday (April 6) in Las Vegas, Nevada.

Sparkling on the red carpet, she wore a Randi Rahm gold signature mermaid gown with a chiffon train adorned with beaded Swarovski crystals.

The gown looks like it was made for her, hugging her in all the right places.

She styled the look with a selection of gold jewels and a Rauwolf bronze clutch.