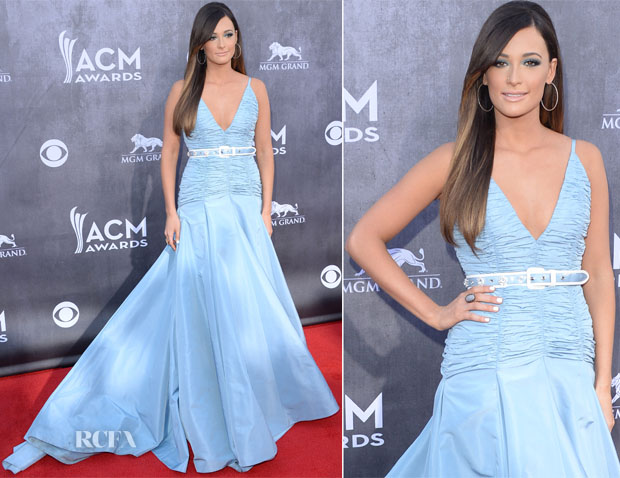 Dressed in a Miu Miu gown, I wanted to love its artful design and heavenly blue colour against Kacey’s skin tone; however, I am not crazy about the ruched bodice or plasticky blue-and-white belt which cheapens the look.

Miuccia had a great run during awards season, but I’m not sure this will not be entering her hall of fame.