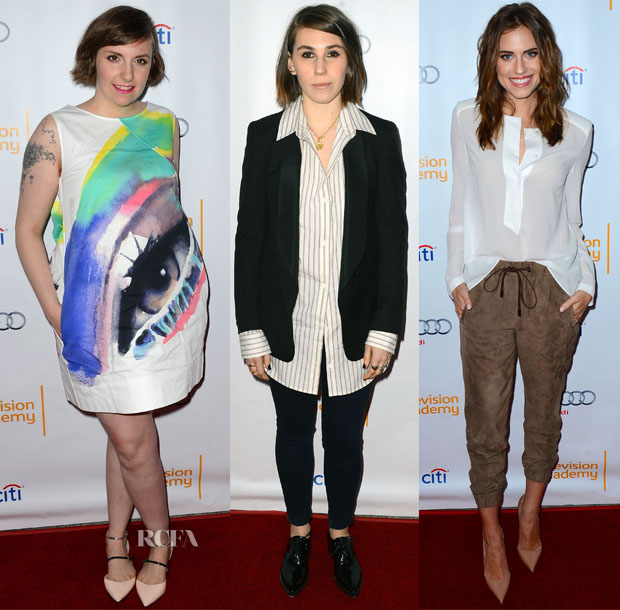 It was definitely a ‘Girls’ night on Thursday (March 13), as the trio of starlets behind the popular show attended the Television Academy Presents An Evening With ‘Girls’, hosted at the Leonard H. Goldenson Theatre in Hollywood, California.

Lena Dunham: Her artsy-funky Isa Arfen Spring 2014 frock, painted with a giant eye and brushes of watercolour rainbow shades, was teamed with Jimmy Choo nude, black and metallic flats and a bright magenta lip. This look was literally an eye-catcher—for better or for worse.

Zosia Mamet: With a significantly less attention-grabbing look, Zosia opted for a basic striped, button-down Rebecca Minkoff blouse and black blazer worn with dark skinny denim Rebecca Minkoff jeans and black patent leather brogues. I have nothing against the mannish style here; I was just craving a pop of vibrancy—and perhaps a more fitted shirt and jacket.

With each actress stepping to the beat of their own unique style, the looks of the night couldn’t have been more different. Allison was firmly my frontrunner. Do you agree?

20 Responses to The Television Academy Presents An Evening With ‘Girls’