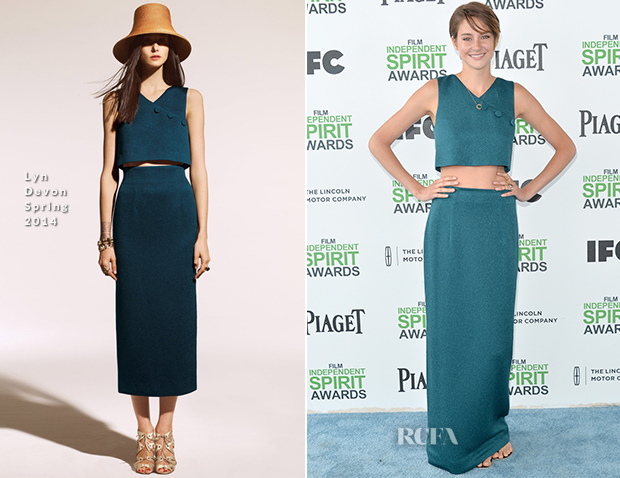 Nominated for Best Female Lead in ‘The Spectacular Now,’ Shailene Woodley was also among the ‘it’ list at the 2014 Film Independent Spirit Awards, hosted at Santa Monica Beach in California on Saturday (March 1).

After her peachy-keen dress at the Publicists Awards Luncheon, the starlet showed off a textured teal look from Lyn Devon’s Spring 2014 collection.

Taking on a slight boho vibe, especially when worn with Casadei flat sandals, the button-accented cropped top and high-waist skirt lost some of its more impeccably chic lookbook appeal.

One too many inches of midriff were on display here, and the skirt—now floor-scraping—seemed poorly fitting. If I were to really nitpick, the pendant necklace was also a bothersome distraction.

A few tweaks here and there, and this could have been a standout, cool-girl statement.