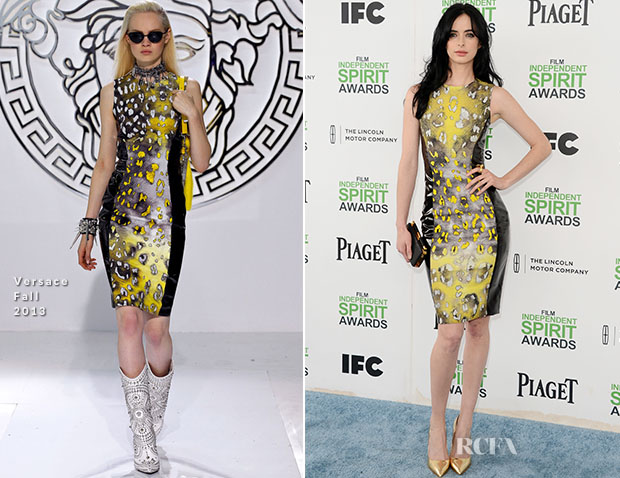 Striking a perfect pose, the actress delivered a dose of ferocious style to the proceedings in a Versace Fall 2013 bodycon frock, polished up with a pair of gold metallic Rubert Sanderson ‘Elba’ pumps.

Peppered at the front and centre with an abstracted yellow animal print, the edgy dress also featured curve-enhancing black vinyl at the sides and back.

She balanced the sultry punk look with a sleek black Tyler Alexandra clutch and a simple approach to hair and makeup, wearing wavy black locks and a simple blush-nude lip. No need to overdo the edgy effect, after all.

Do you like the drama she brought to the event?