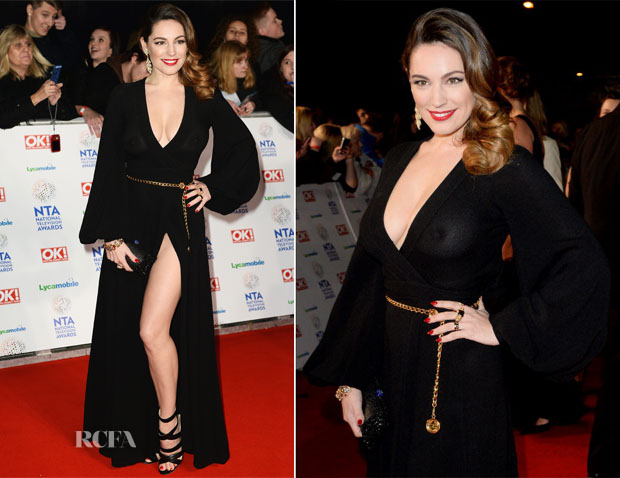 All eyes were on Kelly Brook last night (January 22) as she attended the 2014 National Television Awards held at the London O2 arena.

But history repeated itself in an extremely unexpected way as Kelly got caught in an unfortunate case of no bra and intense flashbulbs, just as Nicole Scherzinger had done so in exactly the same dress at the 2013 National Television Awards. Yes, that’s right; both stars wore the same dress just one year apart.

So I have to ask, did Kelly know about this before deciding on the dress? I find it really hard to believe she didn’t, but what do you think?

Controversy aside, this is an amazingly alluring and sophisticated look. Kelly’s old-Hollywood waves, lashings of gold jewellery and slick of red polish were just what were needed for achieving her retro glamour-puss vibe.

Altogether this is the perfect red carpet look for Kelly, it’s just shame about the unnecessary attention isn’t it?

2012 Glamour Women of the Year Awards