While the others opted for colour and daintiness respectively, Berenice wore an uber-sleek and sexy Maxime Simoens Spring 2014 look featuring a leather panelled collarless jacket and tiled appliqué black pants, to which she added a black blouse, opting not to wear the bandeau presented on the runway.

I love her accessories, which perfectly completed and amped up the edginess of her look which included a Christian Louboutin ‘Mina’ spiked oval clutch and Rupert Sanderson ‘Estelle’ sandals. 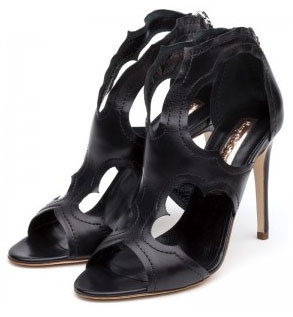 Who Was Your Best Dressed At The 2014 People’s Choice Awards?