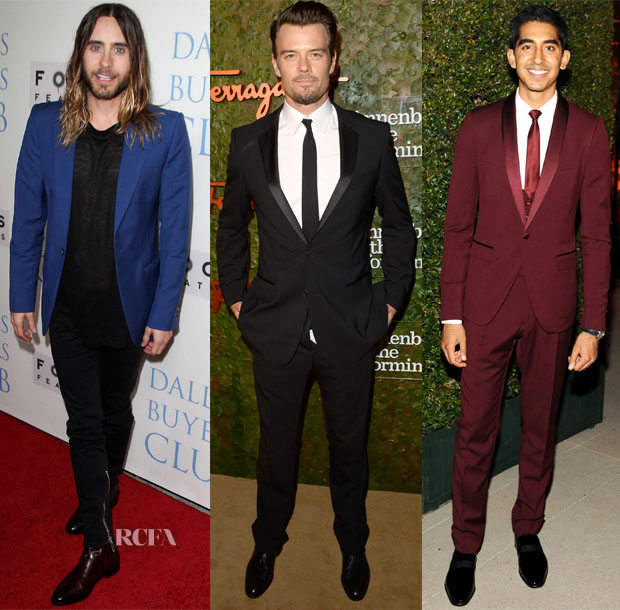 Over the past few days, the guys have taken to the red carpet in a bevy of sartorial statements ranging from trendy to traditional.

Josh Duhamel: Josh was looking as dapper as possible at yesterday’s Wallis Annenberg Center for the Performing Arts Inaugural Gala in Beverly Hills, California, where his black tux and tie was polished and professional.

Dev Patel: Eschewing the basic black tux, the Salvatore Ferragamo-clad actor accompanied his leading lady, Freida Pinto, at the Wallis Annenberg Center for the Performing Arts Inaugural Gala. He gets points in my book just for stepping outside the style box with his dynamic, burgundy-red suit. 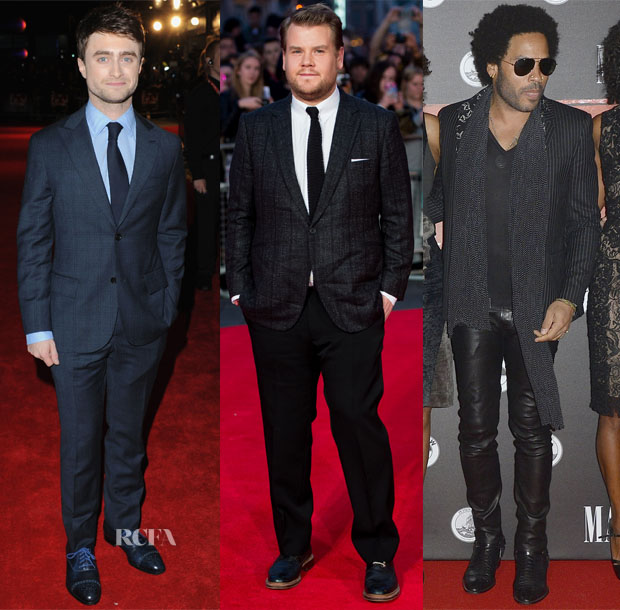 Daniel Radcliffe: While we’ve sometimes seen Daniel working the coloured suits, he was back to the basics at the London screening of ‘Kill Your Darlings’ on Thursday, hosted during the 57th BFI London Film Festival at Odeon West End. He paired his navy windowpane suit with a baby-blue shirt, a wide tie and John Lobb shoes.

James Cordon: Joining co-star Alexandra Roach at yesterday’s London premiere of ‘One Chance,’ James wore a Spencer Hart ensemble, featuring a textured-effect blazer and black pants, along with his own version of statement loafers.

Lenny Kravitz: While at the Roissy-en-France premiere of ‘Malavita’ on Wednesday at Europacorp Cinema, the performer stayed true to his signature style in a Saint Laurent black-and-grey pinstripe blazer, patterned scarf and black skinny leather pants. A pair of shades only upped the cool factor.