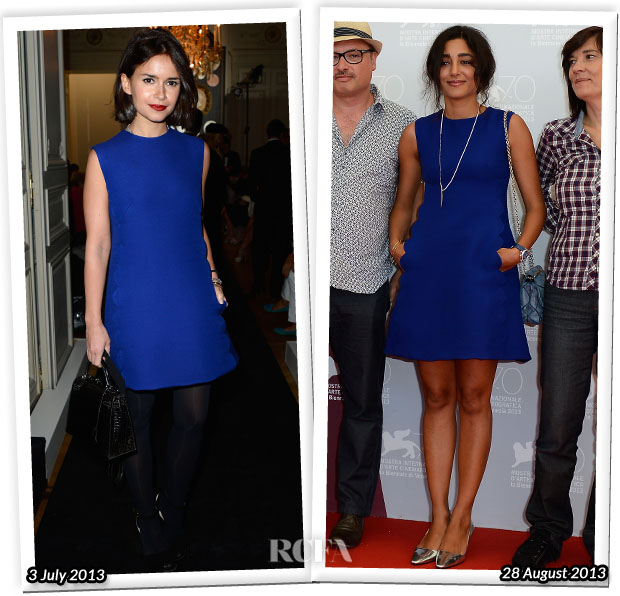 Miroslava Duma wore this electric-blue Valentino wool dress with scalloped detailing when she took her front row seat during the Valentino Fall 2013 Couture show back in July.

Even with the pop of red to the lips, the overall styling was too sombre for my taste and by her standards.

Golshifteh Farahani gave this dress a second run out not long after while attending the photocall for the 2013 Venice Film Festival.

Her styling wasn’t great either, adding silver Roger Vivier Virgule ‘Comma’ pumps and a blue Roger Vivier bag, but it’s much preferred over Miroslava’s so Golshifteh wins for me. 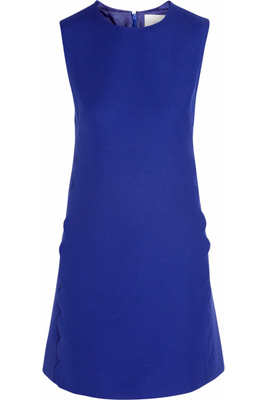 You can buy Miroslava and Golshifteh’s Valentino A-line dress from Net-A-Porter.com.

5 Responses to Who Wore Valentino Better…Miroslava Duma or Golshifteh Farahani?