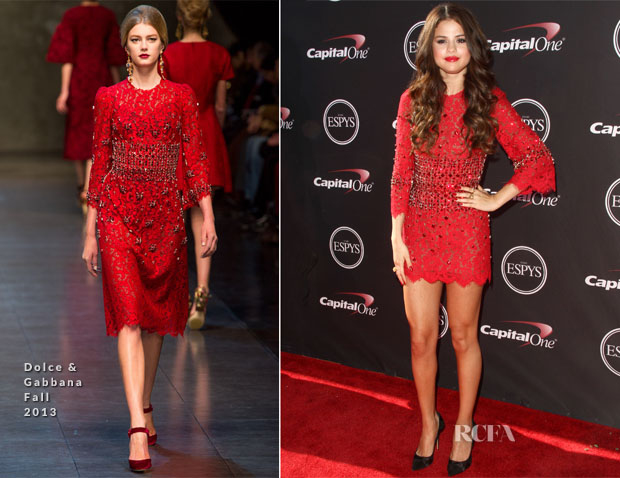 Selena Gomez also took to the red carpet as one of the guest presenters at the 2013 ESPY Awards held at the Nokia Theatre L.A. Live in California yesterday evening.

She looked stunning, wearing a Dolce & Gabbana Fall 2013 three-quarter-sleeve red lace dress with embellished details, which is a considerably shorter version of the dress that took to the runway.

Not only her pout but also her mani were in a bold red hue, with luscious wavy locks completing her look.

A sexy, sporty ponytail would’ve been preferred, but nonetheless she was one of the best dressed at this event if I consider her from the ankles up.