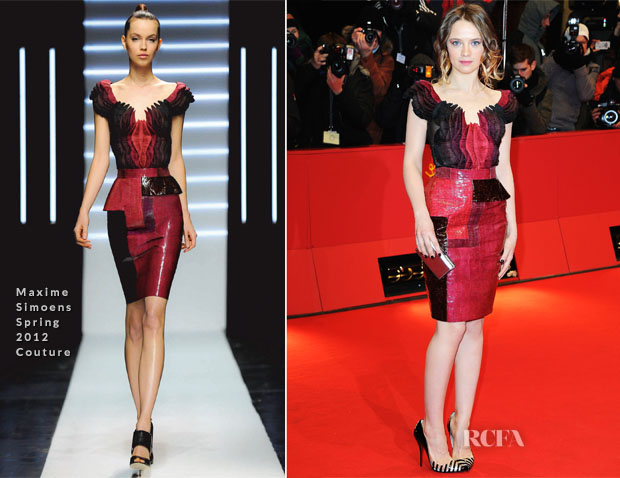 Sara Forestier attended the ‘Camille Claudel 1915’ premiere during the 2013 Berlin Film Festival at Berlinale Palast in Germany on Tuesday evening.

Having quite a wow moment, the French actress looked stunning wearing a Maxime Couture Spring 2012 dress.

Her red-and-dark-berry patchwork dress with a sheer back and finely pleated bodice was styled with the Christian Louboutin ‘Pivichic’ pumps which I predicted would become a celebrity favourite.

This looks to be coming true following sightings on Chloe Moretz (this week), Sarah Jessica Parker and Kerry Washington.

A simple silver clutch, a dark-berry manicure to complement her dress (as does her berry lip colour) and wavy ombre locks completed her look.