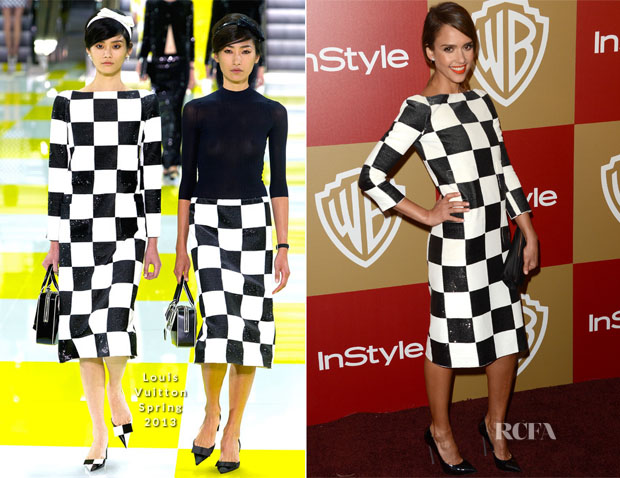 Jessica Alba changed out of her Oscar de la Renta gown into a Louis Vuitton Spring 2013 frock for the Warner Bros. and InStyle Golden Globe Awards After Party in LA on Sunday evening.

Many of us, myself included, have been pleasantly surprised by the success of this one-note collection, but on this occasion, after seeing two other similar LV looks (worn by Kerry Washington and Kirsten Dunst) in the space of a week, I think I have chequer fatigue.

My issue with this particular chequered look is that Jessica looks like she’s about to take her place at the finishing line of the Monaco Grand Prix to signal the end of the race.

This Louis Vuitton collection could become like the Dolce & Gabbana ‘star’ print fad of 2011.