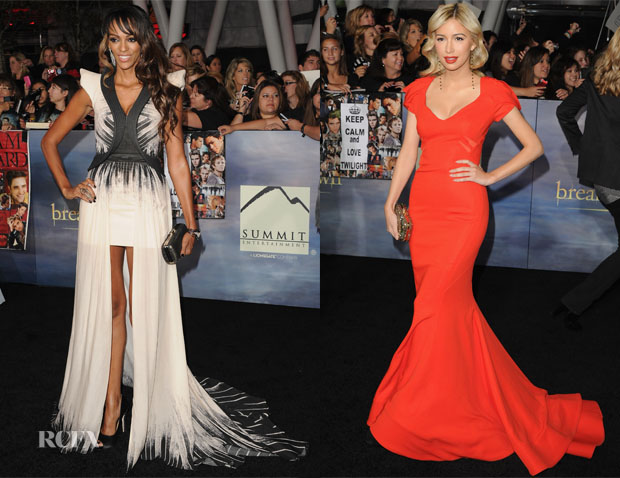 Here is a round up of the rest of the looks from Monday night’s ‘Twilight’ premiere.

Judi Shekoni: The British actress opted for a black and cream gown by Ilja. The designer creates such artistic pieces, but this look isn’t my favourite: mullet dresses are so dated. This look with bold shoulders would’ve worked better as a mini dress, with those gorgeous long pins.

Christian Serratos: The actress stunned in a beautiful red Zac Posen gown. If the plan was to upstage the main stars, I would say mission accomplished. 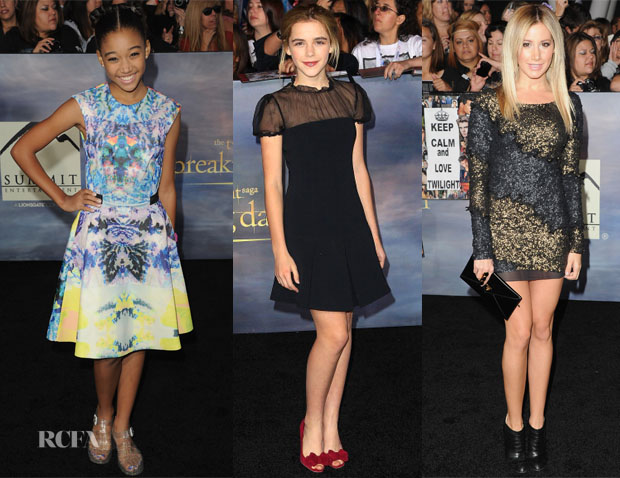 Amandla Stenberg: Just how utterly adorable is this look? The young actress wore a colourful digital-print H&M dress which I want in my closet. I know many of you don’t like jelly sandals, but they work so well with her cute look.

Kiernan Shipka: The ‘Mad Men’ actress wore a cute LBD with a sheer yoke, which was perfectly accessorized with berry Miu Miu peep-toes. 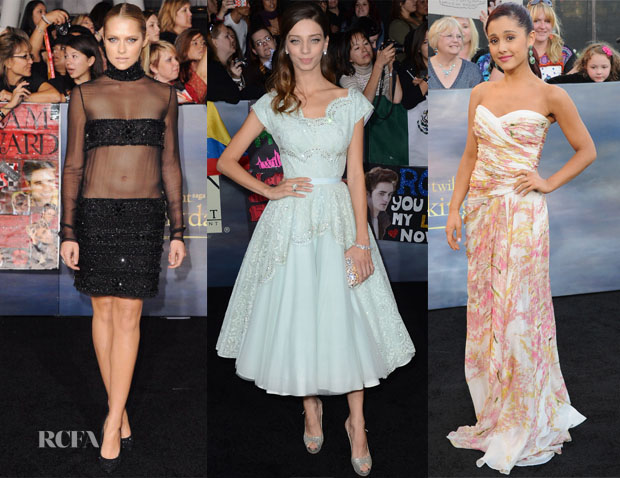 Teresa Palmer: The Australian actress wore one of my least favourite looks of the night. I don’t want to ever see anyone’s belly button on the red carpet. Had the skirt sat higher I would’ve liked this high-neck Emilio Pucci dress, as her hair and makeup were flawless.

Ariana Grande: This strapless floral gown may not seem quite season appropriate, but it was one of the best looks on this red carpet.