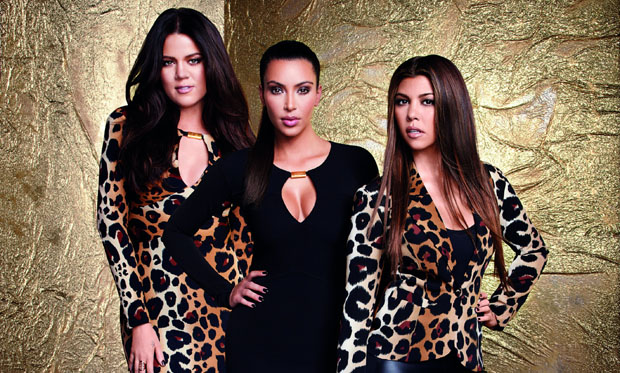 I was invited to interview the Kardashian sisters (two of the three as Khloe was on X Factor hosting duties), who launched their Kardashian Kollection for Dorothy Perkins yesterday.

Why did I go? Kuriosity of Kourse.

I thought it would be a great opportunity to meet the girls, see what they are all about, and dispel the rumours and preconceived ideas as I went in with a very open mind and I have to say I was pleasantly surprised.

The interview, which I shared with Simon from The Very Simon G and Ella from Coco’s Tea Party, was very much like friends sitting around talking fashion – much like the discussions we have every day on this blog.

They were very relaxed, and surprisingly knowledgeable about the Kardashian Kollection line, which proved that they are doing more than just putting their name to something.

On why they chose Dorothy Perkins to launch their Kardashian Kollection:

Kim: The price point works for our fan base. It’s very successful in the US (Sears) and when we wanted to evolve we said what brand was respected, what brand represented us, who would really take our designs and make this a worldwide brand and that was Dorothy Perkins… we’re launching today in Malaysia, Singapore and later in the month in Israel and all these other countries… like 15 countries, so we met with Sir Philip Green and we just thought that Dorothy Perkins was the perfect location for us.

On their role for the Kardashian Kollection:

Kourtney: We are the designers…. we are such perfectionists.

Kim: I would say we are creative directors too, cause I have a big hand in… we all kinda have different roles: I love working on the ad campaigns; Kourtney loves finding the fabrics and the prints.

Kourtney: We are so detailed that every little thing… sometimes I wish I could like, someone else can do that, but we are such perfectionists. It’s so fun to be hands on. We take such pride in our line and we want it to be representative of us in the right way and we want to wear every piece and be so proud of it and we couldn’t not be involved in every step. You can tell when someone slaps their name on something. We are involved from the inspiration right through and it’s so much fun.

On Scott bringing out his own menswear line:

Together: He totally should.

Kourtney: He has met with a couple of people.

Kim: The two of them together (Rob and Scott) would be good.

On the Kardashian Kollection:

Kim: To me it’s sexy business wear. You can wear a lot of pieces to the office and then transition them into going out at night and having drinks.

On sorting out creative differences:

Kourtney: We have a two against one thing. Two sisters have to agree on it. Khloe had a design meeting on her own. We had to review all her notes.

Kim: Everything Khloe liked Kourtney and I didn’t like, so we had to out rule her.

On their favourite pieces in the Kollection:

Kim: I’m really excited about this one sequin dress which I’m wearing to the party tonight. It’s long sleeved and backless. It’s fun. I don’t do backless that often. When I do it is special and fun.

Kourtney: I love the tops because… I’m not… I mean, I do like wearing dresses but I love wearing outfits more as you can bring more style to the look. So I love wearing shorts and tights with some of the tops or a pair of pants with the top. You can do so much more with them.

On Kourtney’s style evolving since becoming a mother: When I’m in mummy mode, I love wearing flats. You can be chic and stylish in that mode too, but I’m all about comfort and what’s practical and when I am doing work stuff with my sisters it is fun to put on heels and dress up.

Kim on wearing flats: NEVER. I prefer heels as you walk so differently and you feel so confident so that’s why I wear them all the time.

On their perception of UK women’s style:

Kim: British women are so stylish. Just really effortless. Sometimes I think in the States we spend too much time putting it all together but I love seeing women that just look so cool. There is definitely a cool factor here.

Kim on Favourite Her British Designers: I love Stella… I love McQueen… I love their houses and everything that they stand for fashion-wise. 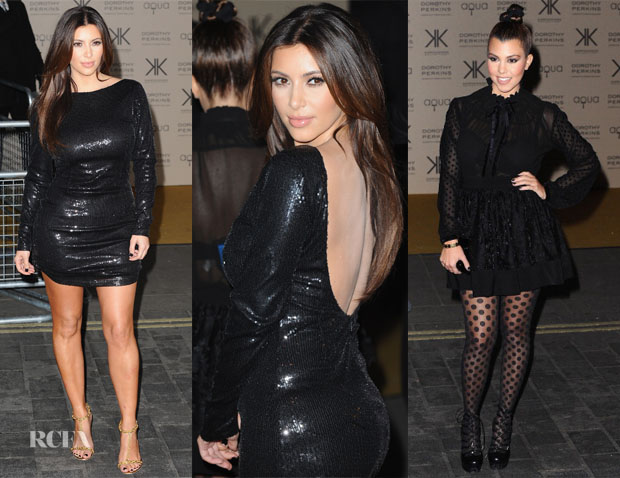 The girls later hosted a party with Sir Philip Green at Aqua in London, where Kim did wear that backless sequin dress with an illusion back and gold strappy sandals. 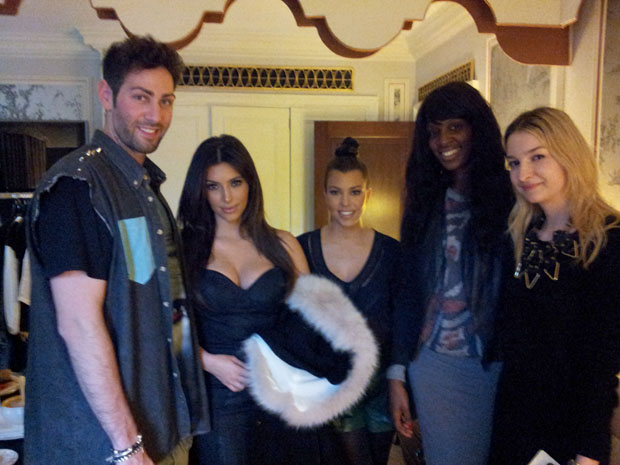 51 Responses to Meeting Up With The Kardashians