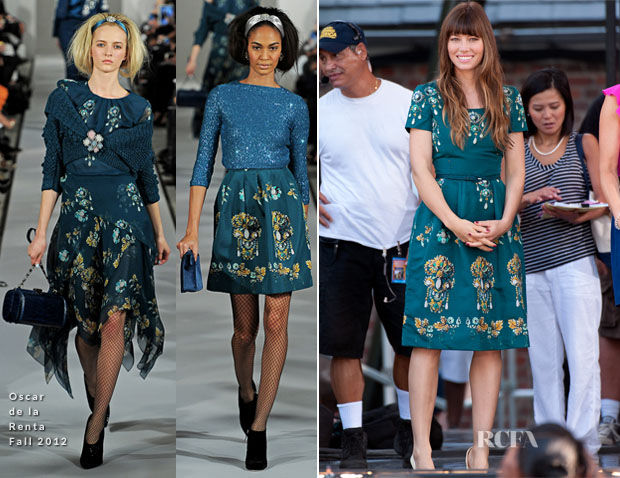 I was about to throw in the towel on Jessica Biel’s efforts for the ‘Total Recall’ promo tour, until she made a guest appearance on ‘Good Morning America’ earlier today at Rumsey Playfield, Central Park in New York City.

Talk about a 180 from overwhelming a Dior Couture dress, to doing the impossible by making Elie Saab Couture look ‘meh’, she finally got it right this morning.

Her Oscar de la Renta Fall 2012 bijoux print silk faille dress is her best look so far this week for me, which is crazy following two couture looks.

Her tresses were styled into sleek waves with a pretty pink lip colour providing the finishing touches.

If you had to put one Jessica’s looks into the BDOTW poll, which would you choose?

Jessica Biel Was Blush & Bashful In...