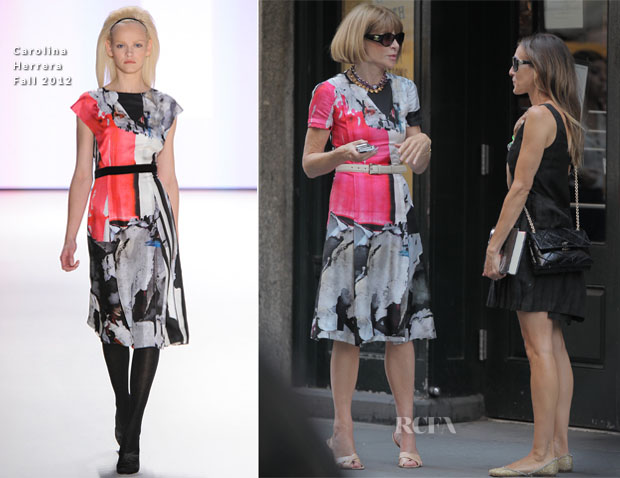 She will be joining the cast as an online editor of US Vogue and mentor to Kurt Hummel played by Chris Colfer.

Yesterday the blogs were abuzz that Anna Wintour will be hand-picking SJP’s wardrobe for the series, so I was super excited that things appear to already be in the works as Anna and Sarah were spotted lunching at Balthazar in Soho, New York, yesterday afternoon.

Anna was in full editor-in-chief mode wearing a Carolina Herrera Fall 2012 abstract-print cap-sleeved dress with a hot flash of pink.

With her signature accessories – Manolos, beaded necklace and shades – Anna added a cream belt to her dress when the black runway belt is much preferred.

The inclusion of SJP on ‘Glee’ is just the tonic I needed to get me watching the show again. 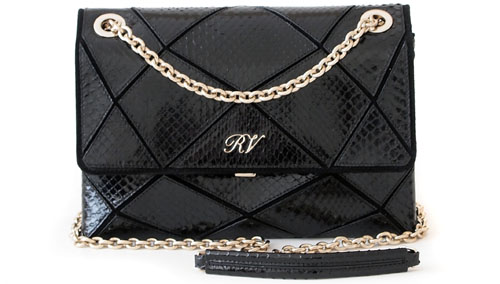