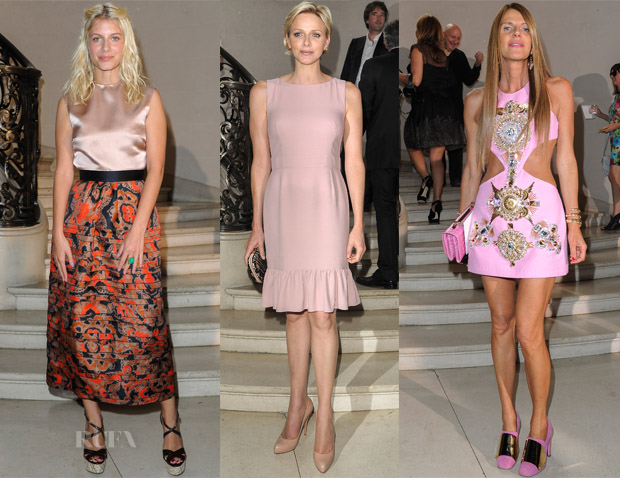 Celebrities, editors, designers and even royalty were seated in the front row of the Christian Dior Fall 2012 Couture presentation held in Paris, France, this afternoon.

Mélanie Laurent: The French actress was my favourite from all the attendees at this event. I’m most in love with the printed bell-shaped tiered skirt which she styled with the same satin blush sleeveless top from the runway. I’m not missing the necklace, but I would’ve preferred it had she tied back her beachy wavy locks.

Princess Charlene of Monaco: Dressed in head-to-toe pink Dior, the Princess looked uber chic even though I wish she opted for a belt.

Anna Dello Russo: The editor-at-large for Vogue Nippon has always been fearless when it comes to fashion, but I’ve never seen her show off so much skin. Dressed in a hot-pink Fausto Puglisi Spring 2012 dress with cut-out details and an elaborate gold-embroidered detail, the look is styled with all pink accessories including a Valentino clutch and YSL shoes. TMI or fearless fashionista? 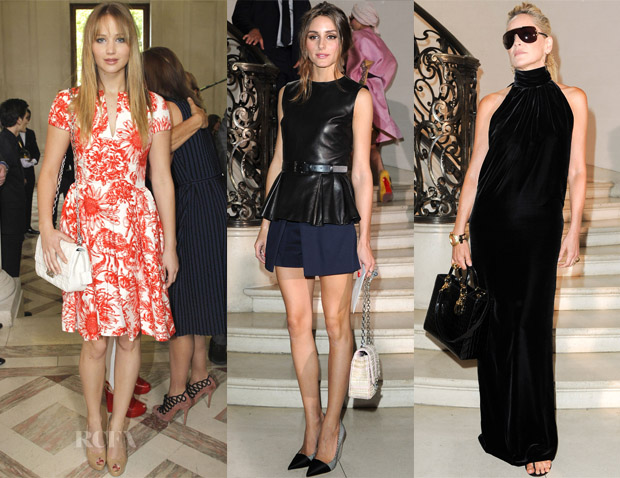 Olivia Palermo: I was wondering when we would have our first Olivia spotting during fashion week. The star wore a Christian Dior Resort 2013 leather peplum top with cute navy shorts. It’s not often she wears a look by the designer whose show she’s attending. More often than not its Zara or Topshop.

Sharon Stone: The diva arrived dressed in head-to-toe black velvet Dior with shades and a leather tote to match. 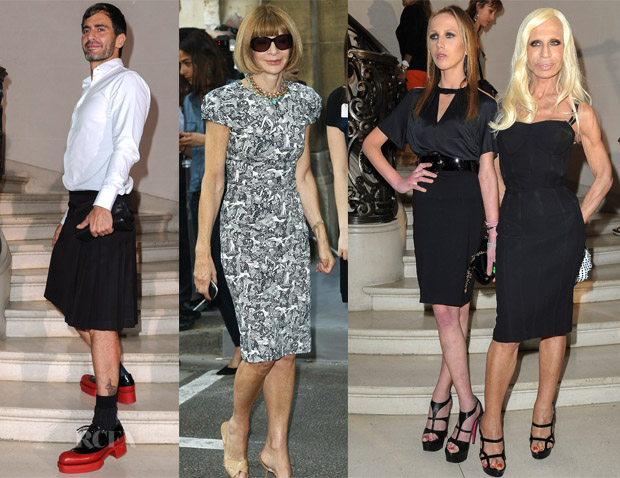 Marc Jacobs: Even if Marc Jacobs had decided to wear one of his Commes des Garcons dresses, they would’ve been upstaged by his bi-colour platform shoes.

Donatella Versace: Donatella and her daughter Allegra opted for head-to-toe Versace all black look. Its looks like a pose-off. Who wins?