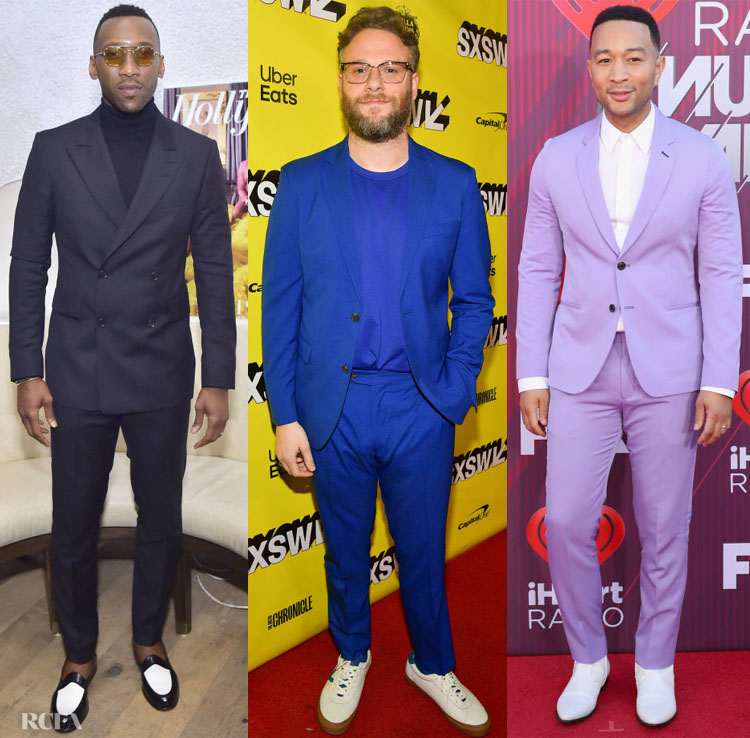 Since the start of 2019, I’ve thoroughly enjoyed red carpet menswear.

There is nothing wrong with the traditional suits, especially during awards season, but latest flurry of colours, styles and textures has given me plenty to admire.

Mahershala Ali @ The Hollywood Reporter And Jimmy Choo Power Stylists Dinner:  Even when Mahershala selects dark suit there’s plenty of dynamism about it. Take this eggplant Berluti suit for example. The turtleneck gives the look a smart casual vibe, while the Christian Louboutin ‘Salvado’ loafers add plenty of flare.

Seth Rogan @ ‘Long Shot’ SXSW Premiere: The actor joined Charlize Theron at this premiere wearing a Strong Suit look which I love mostly for that royal blue, but also for the laidback manner in which it is styled.

John Legend @ 2019 iHeartRadio Music Awards: There is a lot of good stuff going on here, so much so that I want this Paul Smith lilac suit myself. Those white Celine shoes may not go down well with the majority, but I’m thankful they are not black. 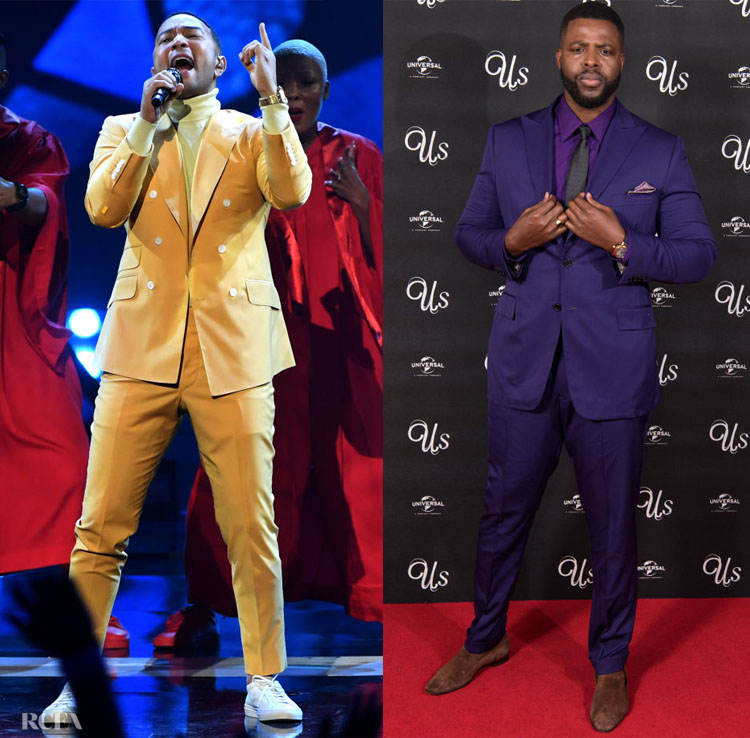 John Legend: The entertainers moto for the night was, “why stop at one suit, when you can dazzle them with two?” His custom Rich Fresh mustard suit styled with a Tom Ford turtleneck and Common Project sneakers, is equal parts suave and dapper.

Winston Duke @ ‘Us’ London Screening: There was a mini ‘Black Panther’ reunion on red carpet last night, as Winston was joined by Lupita Nyong’o. The purple hue of his custom David Hart suit is such a great choice for him as the colour is as commanding as his presence. Louboutin shoes and David Yurman jewels completed his look. 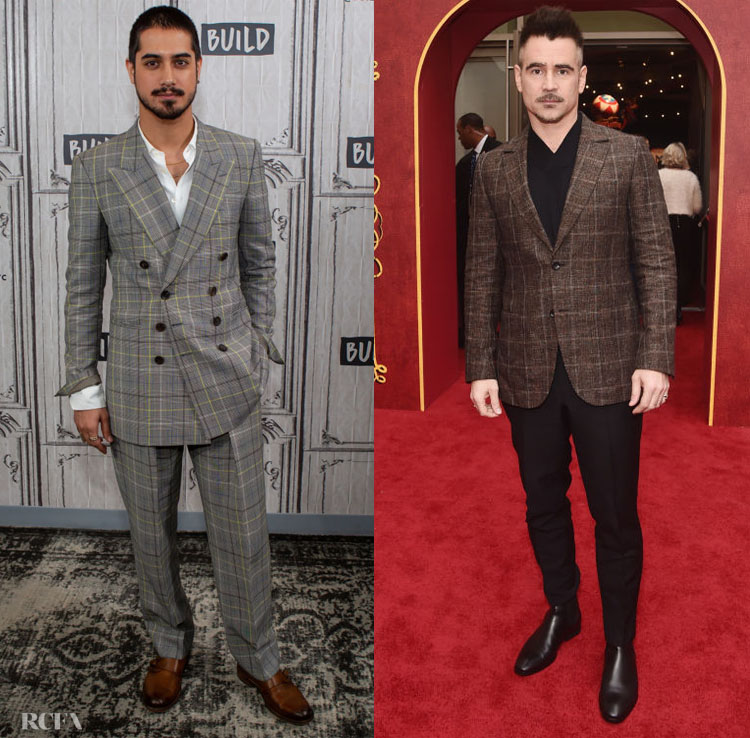 Avan Jogia @ Build Series ‘Now Apocalypse’: The actor continued to showcase his sartorial style in Etro. What makes Avan’s style even more impressive is that the actor puts these red carpet looks together all by himself. 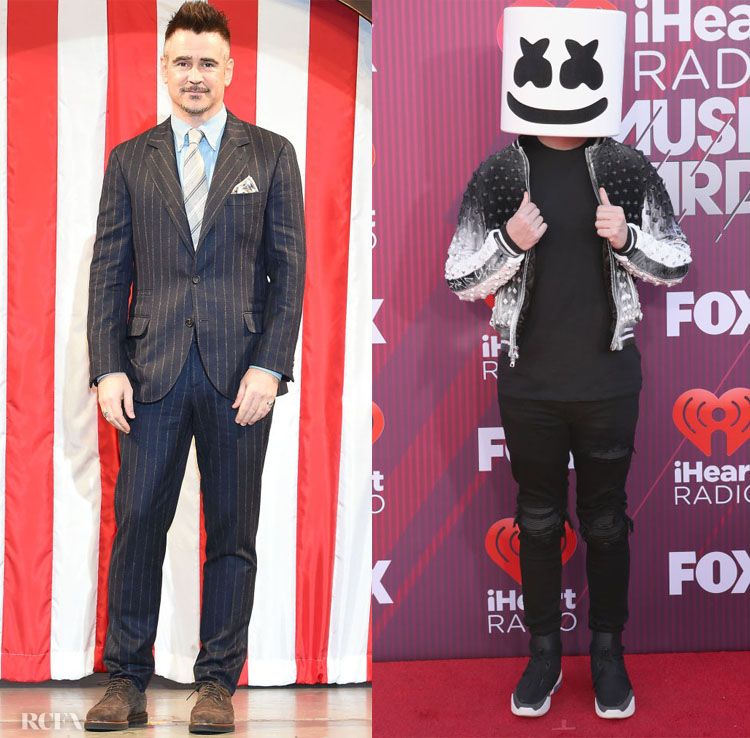 Marshmello: This might just been the strangest thing I have ever seen. Legoman wears Balmain.