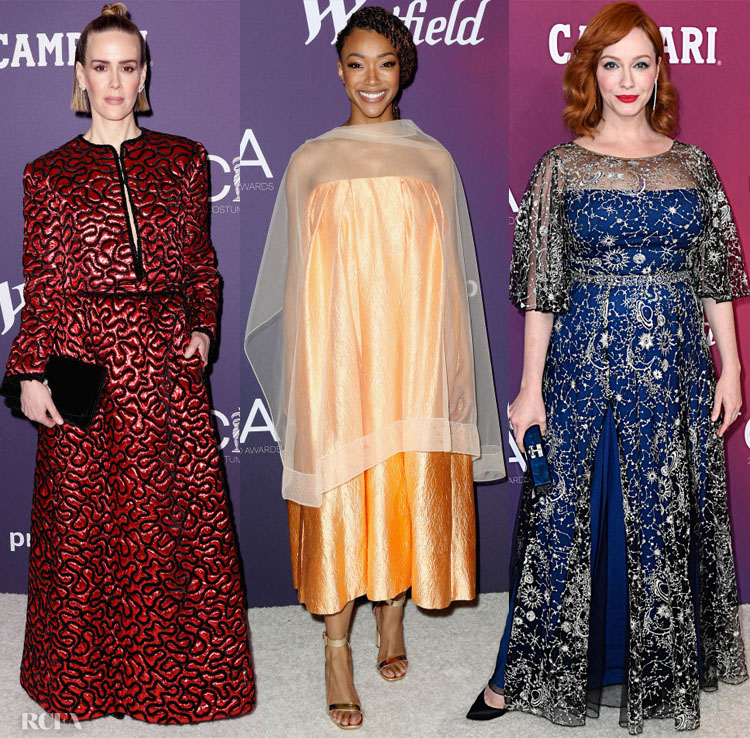 Stars put on their finest for the 2019 Costume Designers Guild Awards on Tuesday (February 19) in Beverly Hills, California. They joined Danai Gurira and Halle Berry.

Sarah Paulson: After the passing of Karl Lagerfeld, the actress wore one of his early works. The twisting black chenille cord over the silk lurex fabric of her vintage Chanel Demi-Couture strikes a balance of being au courant yet characteristically 1980s.

Sonequa Martin-Green: The ‘Star Trek: Discovery’ actress took a risk in whimsical Simone Rocha Spring 2019. Some might wish for the sheer cape to go, but without it the look would just be a strapless tent dress.

Christina Hendricks: It’s interesting to see the modifications made between her look and the Tadashi Shoji Spring 2018 runway version. The whimsy is tempered slightly but the brilliant blue base remains to enliven the galactic embroidery. 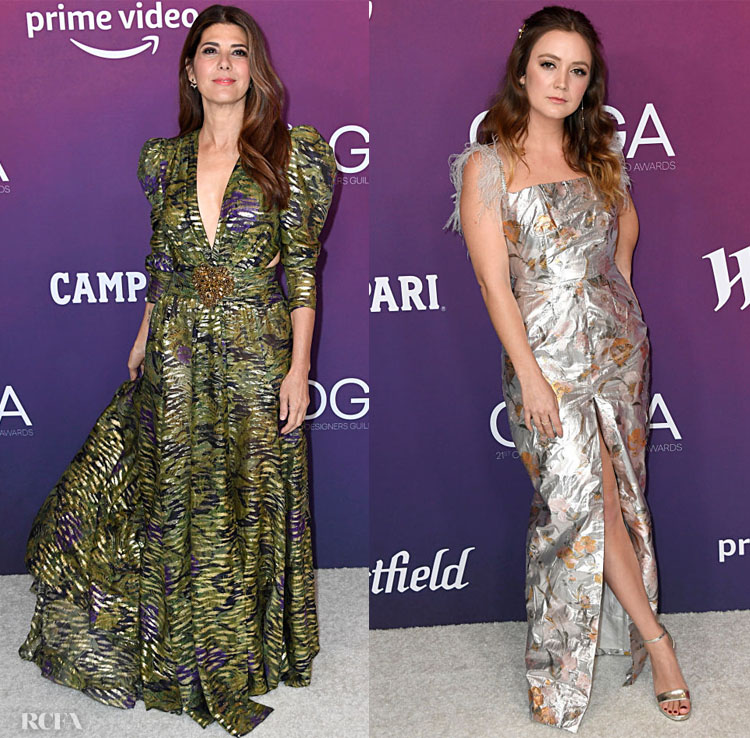 Marisa Tomei: The ‘Spider-Man: Far From Home’ actress took a walk on the wild side in Dundas Spring 2019 Couture. The metallic print plus puff sleeves might be too much for some, but it’s in line with the brand’s M.O. and she is working it.

Billie Lourd: Dressed in Markarian Resort 2019, the former ‘Scream Queens’ actress made an ethereal statement in mixed metallics. The dusting of feathers adds playful texture while the slit prevents it from become saccharine.