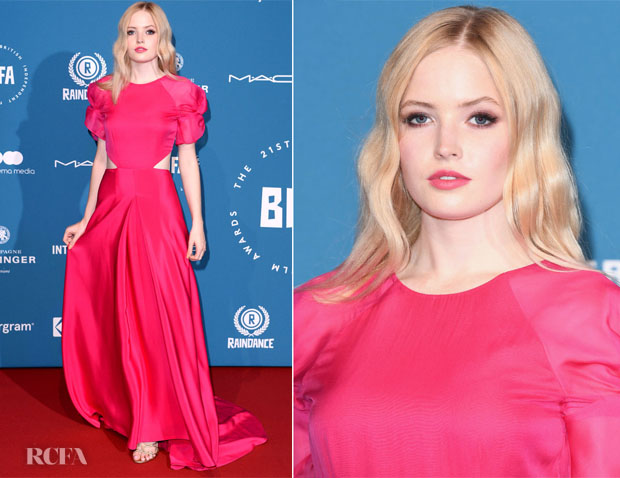 If I was a betting woman, the safest bet would be Ellie Bamber in Chanel, but not tonight (December 2) for the 2018 British Independent Film Awards.

The actress changed a habit of a lifetime wearing a custom magenta pink Salvatore Ferragamo gown.

Ferragamo aren’t known for their custom red carpet gowns, but on this evidence, perhaps they should create magic like this more often.

There is so much I love about this look: the colour, the lightly puffed sleeves, and the sensual cut out which keeps the look fresh and youthful.

Gold Salvatore Ferragamo and matching pink lip completed her look, which is one of my favourites from Ellie this year. Mostly for the style, but also for the change of pace.

Who Was Your Best Dressed At The British...