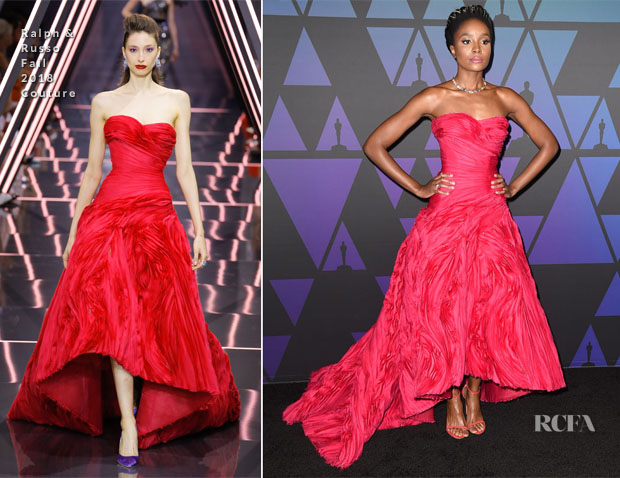 Kiki Layne joined a host of Hollywood heavyweights including Emma Stone and Nicole Kidman on the red carpet for the 2018 Governors Awards held in Hollywood, California on Sunday (November 18).

The rising star more than held her own wearing a Ralph & Russo Fall 2018 Couture raspberry red gown featuring a cascading train embellished with layers of silk organza and chiffon ribbons.

I know that many aren’t fans of the high-low hem, but I love how it imbues vintage glamour, while creating a timeless silhouette which showcases her matchy sandals.

If I was to nitpick, I would say the hair ages her somewhat, and I would’ve preferred a statement earring over the statement necklace.