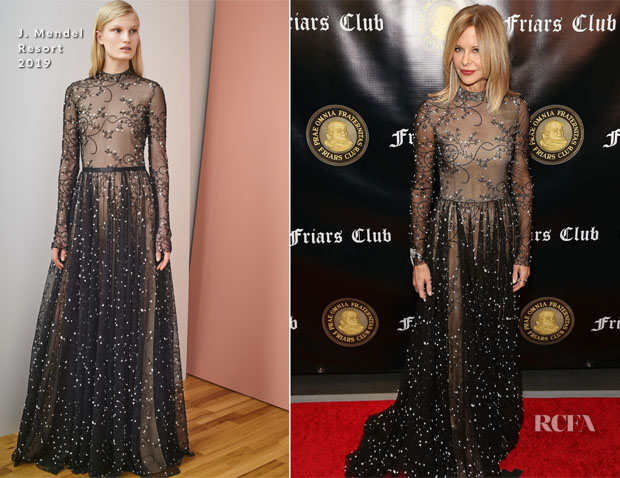 The Friar’s Club honoured Billy Crystal with their Entertainment Icon Award on Monday (November 12) in New York City, with Meg Ryan in attendance.

Her J. Mendel Resort 2019 gown is pretty with its floral embroidered tulle, but I was very worried prior to this outing at how it would translate on the red carpet.

The outcome? Not bad at all.

I had visions of someone wearing black underwear, which would’ve totally killed the look.

Meg kept the look and the styling simple, which allowed the gown to flourish.

2018 Glamour Women of the Year Awards