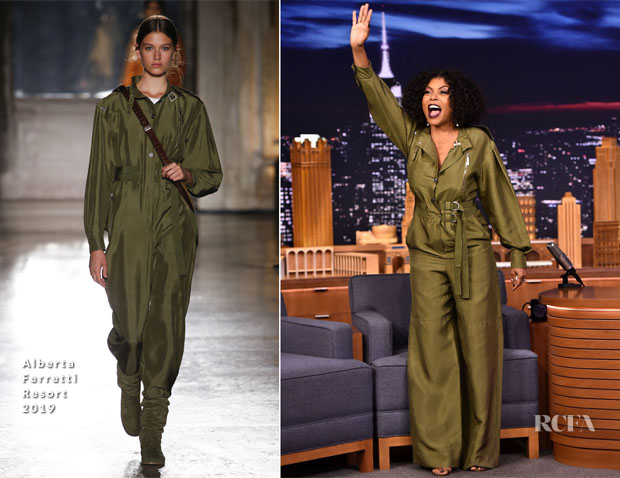 As she continues to promote the fifth season of ‘Empire,’ Taraji P. Henson stopped by ‘The Tonight Show Starring Jimmy Fallon’ on Tuesday (September 25) in New York City.

Many of you have been unimpressed with her last few looks, with one too darling and daring and the other too dull.

But, I would venture to say she struck just the right chord with this Alberta Ferretti Resort 2019 military-green jumpsuit.

I love how she imparted a joyous energy and glam edge to the utilitarian nylon ensemble — and that the fab curls were still present and accounted for.