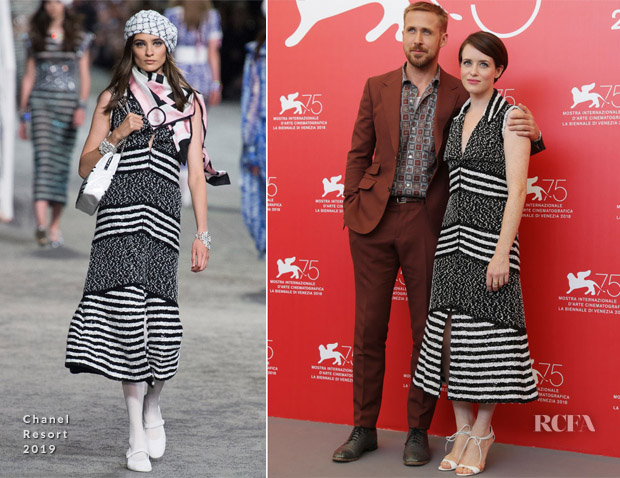 Ryan Gosling: Black, grey and navy are all extremely common in menswear, so thankfully Ryan likes to stand out a little. The contrasting print shirt really elevates the overall flair of his cinnamon Gucci suit, as does his green shoes.

Claire Foy: My immediate reaction to this Chanel Resort 2019 look was so-so until I realized it was fully beaded. This knowledge instantly took this to a whole new level for me because, as always, the devil is in the detail.

Get Up To 70% Off In The Shopbop.com Sale