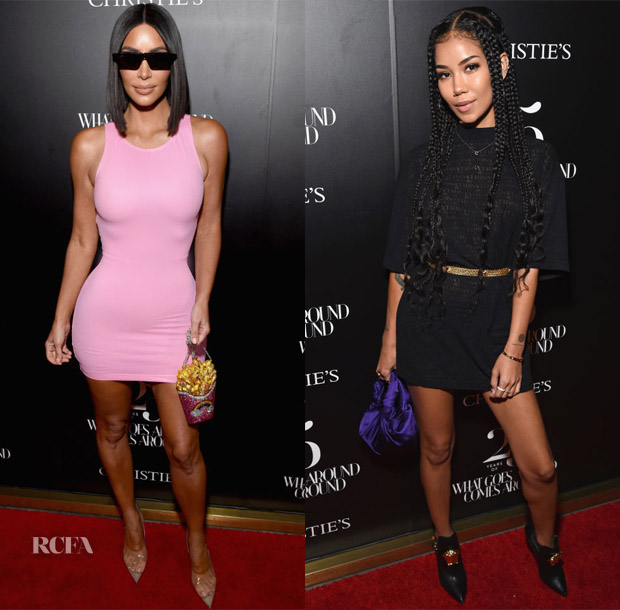 The fashion-forward event had a slew of attendees including Kim Kardashian and Jhene Aiko, who both opted for Versace.

Kim Kardashian: The reality star channeled her inner Barbie wearing a vintage Versace pink shiny – but doesn’t appear to be latex – sleeveless dress from What Goes Around Comes Around, paired with a fun Judith Leiber Couture French Fries Rainbow clutch bag, and those bizarre fog inducing Yeezy Season 5 PVC pumps. I do love the colour, but I’m struggling to take this seriously, as it’s almost cartoonish.

Jhene Aiko: The singer and author opted for a less attention-seeking look, pairing a simple Versace tee with signature gold Medusa medallion boots and violet ‘Ascot’ bag from The Row for a pop of colour, which we’ve previously seen on Priyanka Chopra.