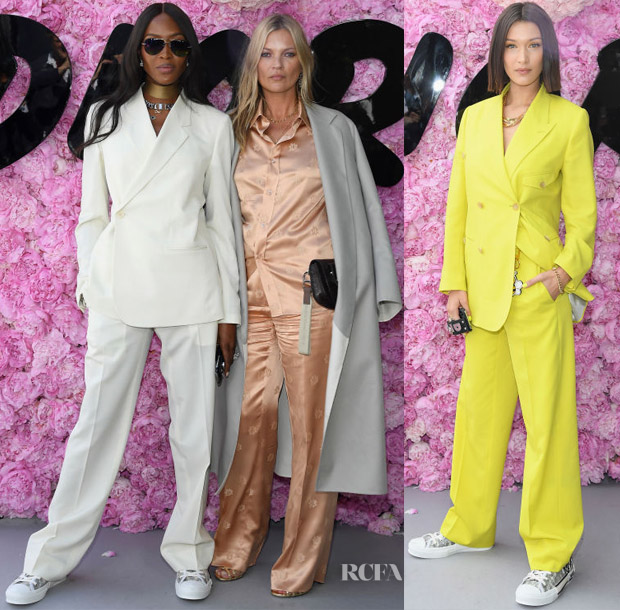 On Saturday (June 23), Kim Jones presented his first Dior Men’s collection for Spring 2019, but it as the women in the front row who stole the show.

Naomi Campbell: The supermodel is having a moment with loose-fitted suits, and I loving it. This Dior Men’s by Kim Jones look has a super relaxed feel about it. Kept contemporary with the asymmetrical cuts, the only thing that I’m not feeling are the embellished sneakers.

Kate Moss: Also in Dior Men’s by Kim Jones, the supermodel always has a “I just rolled out of bed and threw this on” vibe. On this occasion, it could very well be true with her super chic PJ set.

Bella Hadid: Never one to blend into the background, the model opted for the brightest look of the day in this Dior Men’s by Kim Jones yellow suit. Like Naomi’s this was also contemporary in its design plus it also possessed a boxy silhouette. Again, the sneakers didn’t work for me. 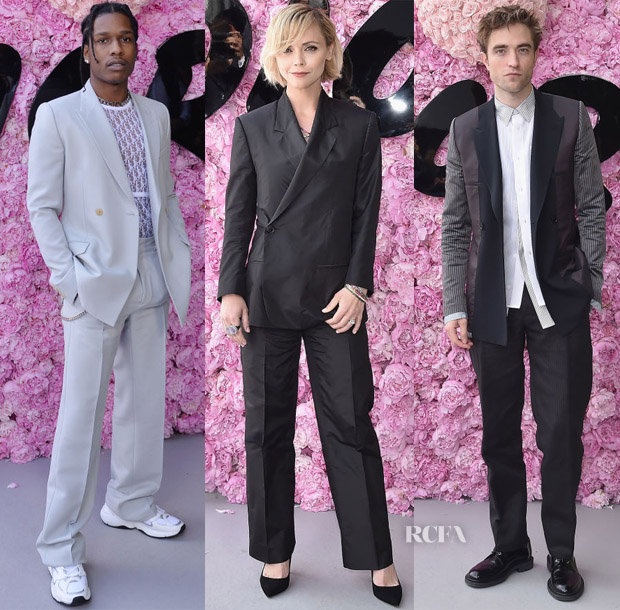 A$AP Rocky: On this occasion the sneakers worked with A$AP Rocky’ summery Dior Men’s by Kim Jones. I wish we would see more looks like this on the red carpet.

Christina Ricci: The actress can sell me anything. I love the cut of her suit, but not the fabric.

Robert Pattinson: I was in no doubt that the actor would opted for the most unique Dior Men’s by Kim Jones look. I’m not sure how you feel about a trio-colour blazer, but I think the Dior ambassador pulls it off. 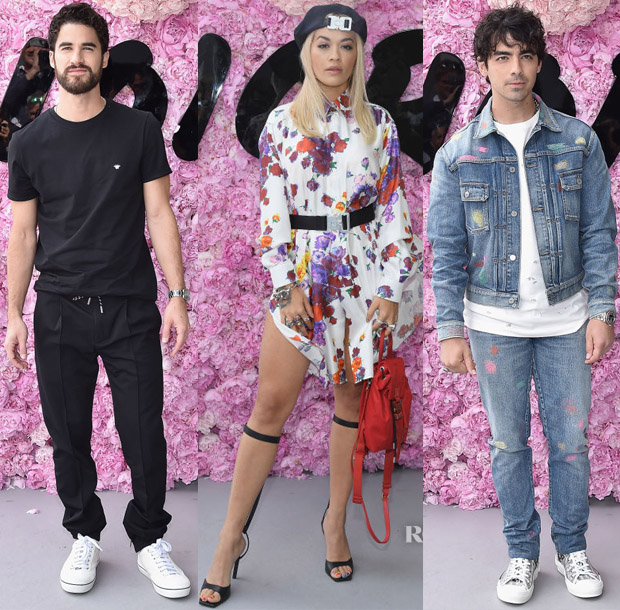 Darren Criss: You can’t go wrong in a black look and white sneaker combo. We’re so used to seeing the actor in sharply tailored suits, so this look allows us to see his rare dressed down vibe.

Rita Ora: Also in Dior Men’s by Kim Jones, what can you say other than the styling killed the look. It’s just a mess from head to toe.

Joe Jonas: I’ve never been a fan of the deliberately splattered with paint denim look. Far too contrived for my liking. 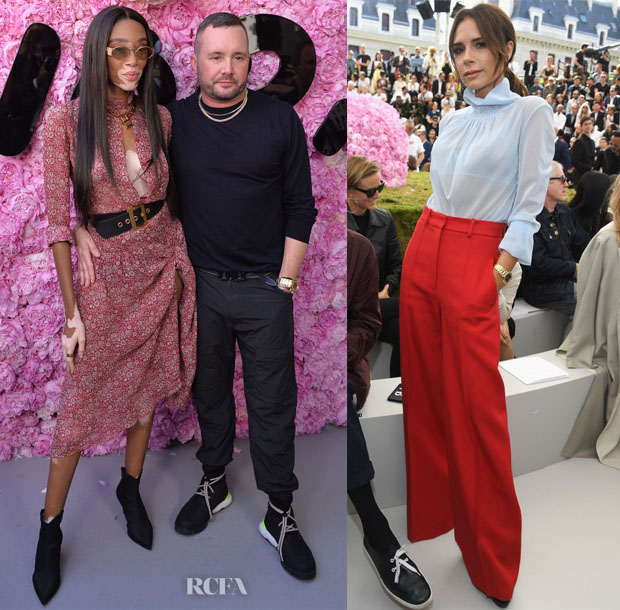 Winnie Harlow: Opting not to joined the suiting crew, the model wore a Dior floral print, a Diorquake belt, and black boots.

Victoria Beckham: The designer’s signature pose was in affect when she took her front row seat wearing a self-designed look which I love for its mixed of fabrics and colours. It is the perfect transeasonal look.