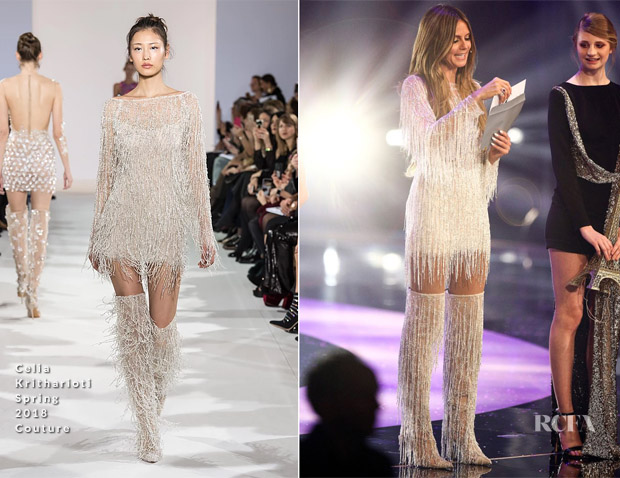 Heidi Klum hosted the finale for Germany’s Next Top Model in Dusseldorf on Thursday (May 24).

This look wouldn’t look out of place in Narnia, as the tasseled detailing resembles icicles.

I’m sure you’ll agree that this worthy look to grace the stage at a grand final, and is significantly more impressive in motion.

Rankin and Heidi Klum during the Germany’s Next Topmodel Finals

DUESSELDORF, GERMANY – MAY 24: Heidi Klum during the Germany’s Next Topmodel Finals at ISS Dome on May 24, 2018 in Duesseldorf, Germany. (Photo by Florian Ebener/Getty Images)

Posted by Catherine Kallon on May 25, 2018 In: Celia Kritharioti, Heidi Klum, Runway To TV Show