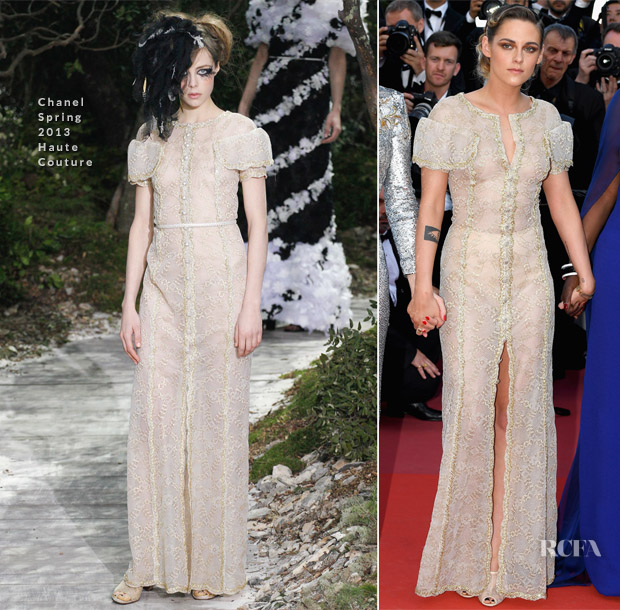 Kristen Stewart was back on the red carpet at ‘The Man Who Killed Don Quixote’ premiere and Cannes Film Festival closing ceremony on Saturday (May 19), joining Olga Kurylenko.

No one will be surprised to see her in Chanel, but what was interesting was that she brought out a look from the Spring 2013 Haute Couture collection.

She has had many fashionable appearances at the festival, but this is her best look at the event.

This was her version of a princess dress and I was enamored with the ethereal yet strong finish it had.

Simply undoing a few buttons changed the mood from the runway version for a resplendent, uncomplicated finish.