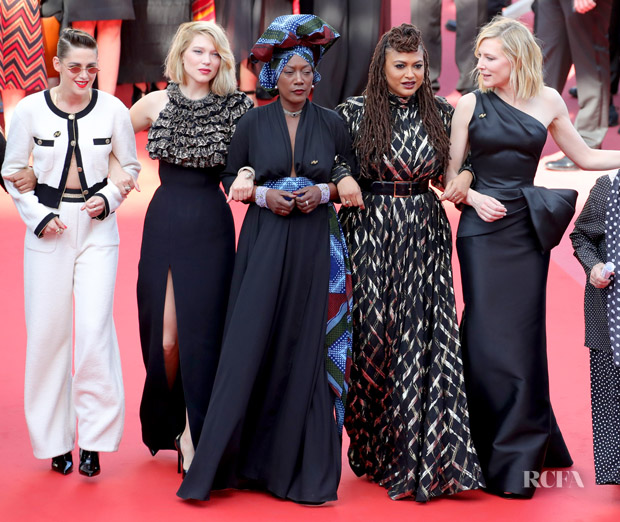 Kirsten Stewart, Lea Seydoux, Khadja Nin, Ava DuVernay and Cate Blanchett walked the red carpet in protest of the lack of female filmmakers honored throughout the history of the festival at the screening of ‘Girls Of The Sun (Les Filles Du Soleil)’ this evening (May 12) during Cannes Film Festival.

Lea Seydoux: Her custom Louis Vuitton gown from the Fall 2018 collection is stunning. I love how it defines her gorgeous figure, and how the ruffled detailing gives the look an interesting dimension.

Khadja Nin: This navy gown was given plenty of African flare with her signature head scarf and sash combo.

Ava DuVernay: I had hoped to see more of Ava at Cannes, but her third outing didn’t disappoint Alberta Ferretti.

Cate Blanchett: The Australian actress wore her second Armani Prive look of the festival. The sensual fabrication was only enhanced by the asymmetrical cut, sculptural hip detail and figure forming fit. Chopard jewels completed her look. 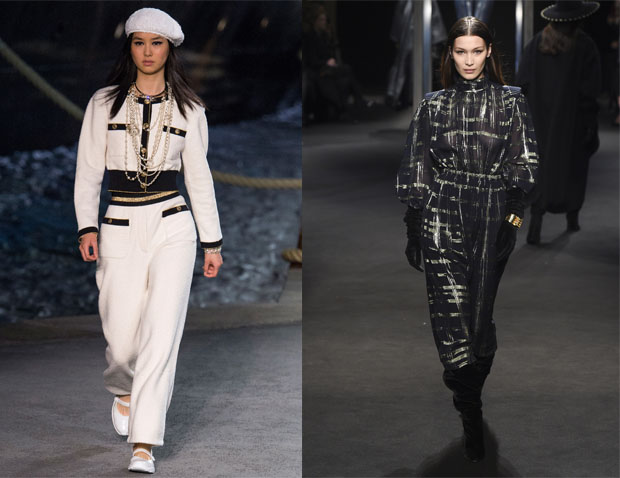 Kirsten Stewart in Chanel and Lea Seydoux in Louis Vuitton

Kirsten Stewart in Chanel and Lea Seydoux in Louis Vuitton