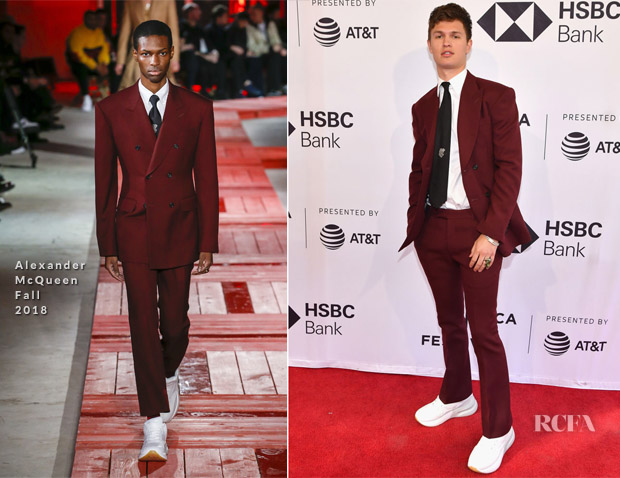 Ansel Elgort and Violetta Komyshan made for an adorable pair at the ‘Jonathan’ premiere, joining Suki Waterhouse on Saturday (April 21) during the Tribeca Film Festival in New York City.

With his doorknocker ring and those blinding-white sneakers, the young actor definitely introduced an urban-forward edge to the tailoring here.

The shoes, however, are going to have to remain an un-acquired taste for me, as I couldn’t get past their near-comical bulkiness. 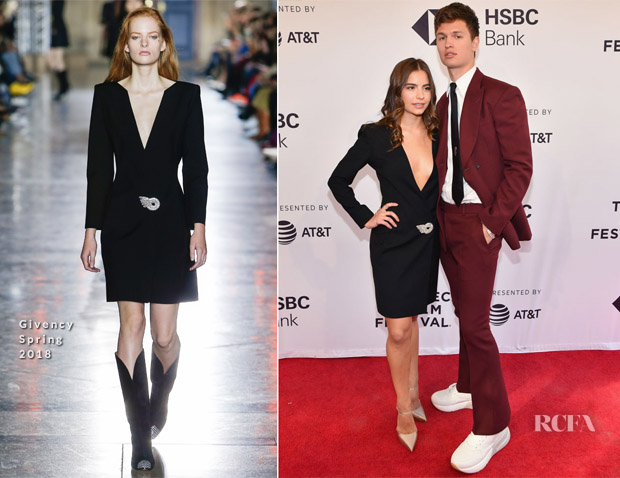 Violetta, on the other hand, kept her look thoroughly streamlined from head to toe with this Givenchy Spring 2018 dress styled with Messika jewelry. There would thankfully be no platform footwear for her.

A minimalist-inspired variation on the LBD, the allure was all wrapped up in the plunge neckline and embellishment at the waist.

Soft-metallic Salvatore Ferragamo ankle-strap pumps stood in for what could have been a more commonplace black heel.

Who Was Your Best Dressed At The ‘Avengers: Infinity War’ LA Premiere?