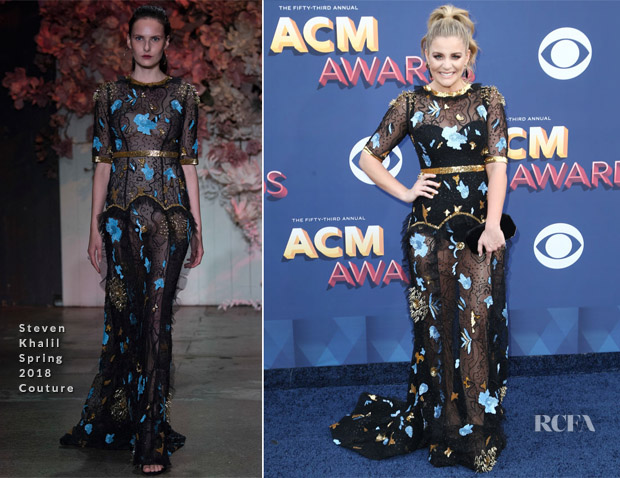 The ‘New Female Vocalist’ award winner made a strong impact in a Steven Khalil Spring 2018 Couture gown with jewelry by Erica Courtney and Gismondi 1754.

The eye-catching style had plenty to look at between the sheer fabric embellished with cascading blue and gold florals and the golden accents on the sleeves and waist.

Instead of the ‘naked’ effect from the runway, she opted for a black under-layer. It gave the look more dimension, but methinks that the gown could have benefited from doing away with one element or two. Combined with the Tyler Ellis Perry clutch, high ponytail and trailing skirt, it is certainly a lot of look.

She carried it off valiantly, but it would have been just as strong without a few superfluous details.