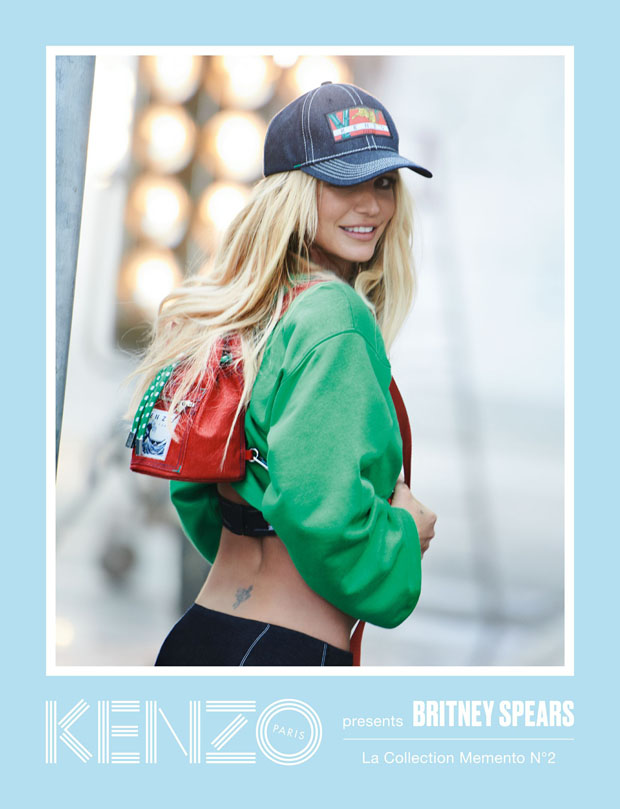 Kenzo have just announced that Britney Spears – the princess of pop – stars in their KENZO La Collection Memento N°2 campaign.

The singer turns back to clock to that pig-tailed school girl we all fell in love with, in these instantly iconic images.

La Collection Memento N°2 focuses heavily on denim and was inspired by the 1986 Paris runway debut of KENZO Jeans. But a more esoteric theme is ‘Icons’. The KENZO motifs (the tiger, The Great Wave of Kanagawa) are all featured heavily.

What could at first seem an unusual trifecta, actually makes total sense when one learns that the collection is all about icons.

Britney is certainly an icon and the quintessential queen of denim – if you think back to her 2001 American Music Awards double denim moment with then boyfriend Justin Timberlake.

Lindbergh captured Britney in all her American Dream glory and beauty. Shot in Los Angeles, the campaign is a bit cheeky, optimistic, and joyous – the perfect combination for KENZO – La Collection Memento N°2.

In the campaign, Britney can be seen wearing pieces from the KENZO – La Collection Memento N°2 which will be available at kenzo.com, and KENZO stores globally from 21st March.

Cardi B Is The New Face Of Balenciaga