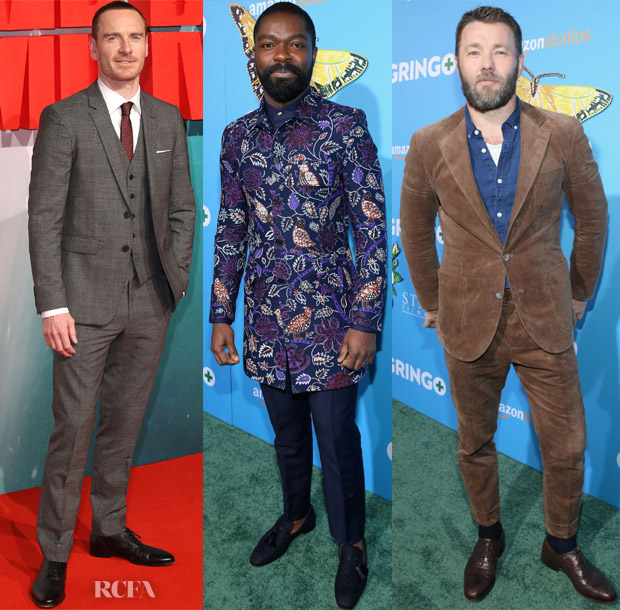 Michael Fassbender: On Tuesday (March 6), Michael suited up in a Burberry three-piece ensemble for the ‘Tomb Raider’ London premiere, where he joined his wife Alicia Vikander. It was such a basic look in my book, so my feelings remain neutral.

David Oyelowo: ‘Basic’ would not even be in the vocabulary of this Kutula by Africana embroidered tunic look that offered such a stylishly suave mood for the ‘Gringo’ LA premiere on Tuesday (March 6). I especially love the royal richness of the colour palette here.

Joel Edgerton: We don’t often see brown corduroy suits on the red carpet, but Joel brought one to the ‘Gringo’ premiere, casually styling his Brunello Cucinelli suit with a denim shirt.