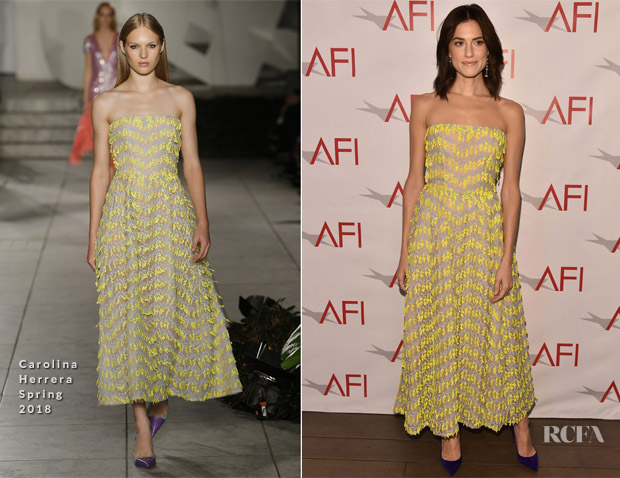 Going back to her brunette roots, Allison Williams stepped out at the 2018 AFI Awards on Friday (January 5) in LA.

Like Gal Gadot, the actress has left the winter doldrums behind in this feisty Carolina Herrera highlighter-yellow frock that is still bursting with classic femininity in its ladylike silhouette and delicate flutter of all-over embroidery.

At first, I questioned the Christian Louboutin ‘Pigalle Follies’ pumps, as I thought they were black from afar. But, when I saw they were in a dark-violet shade, they quickly won me over.

I loved her bright exhibition of hue here, and it was such a striking statement when paired back to her rich shade of chocolate-brown hair in a fresh, wavy chop.