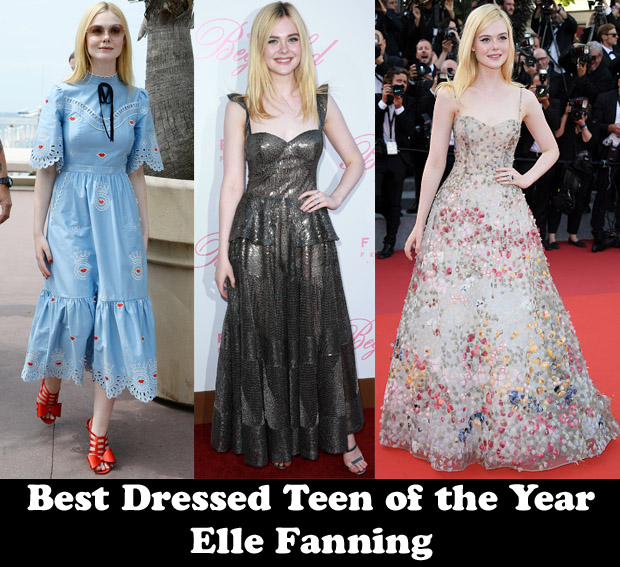 But, 19-year-old Elle Fanning has swooped in to take up the torch now, just in the nick of time in her last year as a teenager.

And, the status is quite well-deserved.

Elle not only has a directional, forward-thinking sense of style, she also possesses a sweet-chic aesthetic that adds girly romance and ethereality to moderate her edgier, quirky looks.

She can effortlessly debut a Temperley London sky-blue, prairie-girl frock just as easily as a Naeem Khan gunmetal gown, and a floral, fairy-tale confection by Christian Dior Couture—a personal favourite of mine.

Talk about the right kind of balance for a teen trendsetter.

Stella’s Got Her Groove Back – Kirsten Dunst

Posted by Rachel Watkins on December 23, 2017 In: Best Of, Elle Fanning

26 Responses to Best Dressed Teen of the Year – Elle Fanning