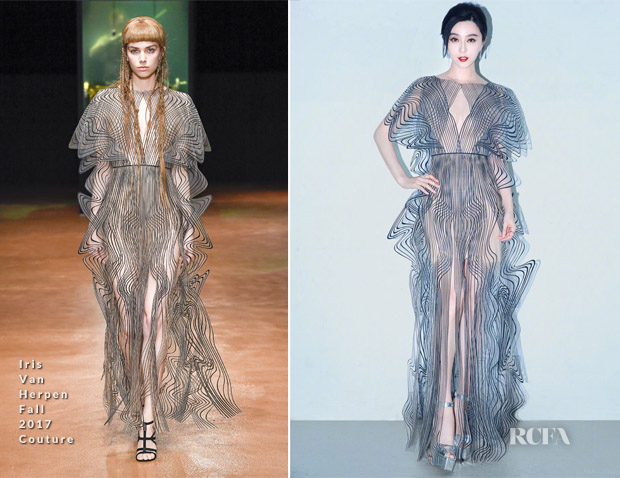 Fan Bingbing was at the 2018 iQIYI Screaming Night on Saturday (December 2) before attending the Tencent Star Awards 2017 on Sunday (December 3) in Beijing, China.

2018 iQIYI Screaming Night: The pure technical masterpiece that is an Iris Van Herpen design always takes my breath way, and that didn’t change with the artistry of this Fall 2017 Couture squiggly wave gown styled with De Beers jewels. Not even the return of Fan’s gigantic platforms could divert my eyes from the marvel of the dress. 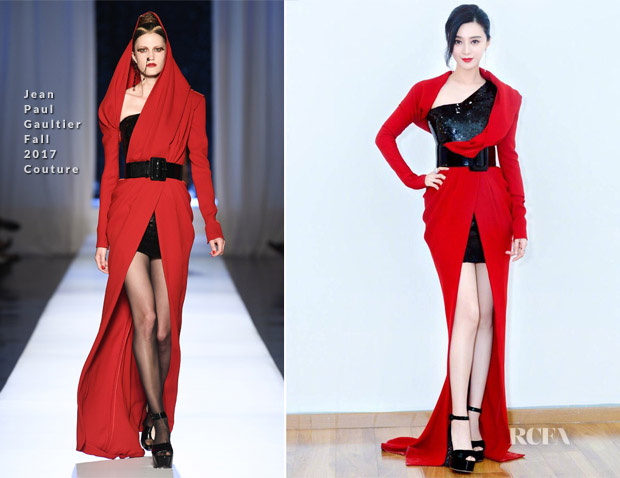 Tencent Star Awards 2017: This Jean Paul Gaultier Fall 2017 Couture design was equally eye-catching for a completely different set of reasons. The sharp contrast of the red draped gown over the black mini underneath was thoroughly striking on Fan, especially against her alabaster complexion. De Beers jewels added a well-placed element of additional glamour. Yet again, I wasn’t even bothered by the platforms on the basis of the strength of her look—and the fact that she likely needed the height for the dress.