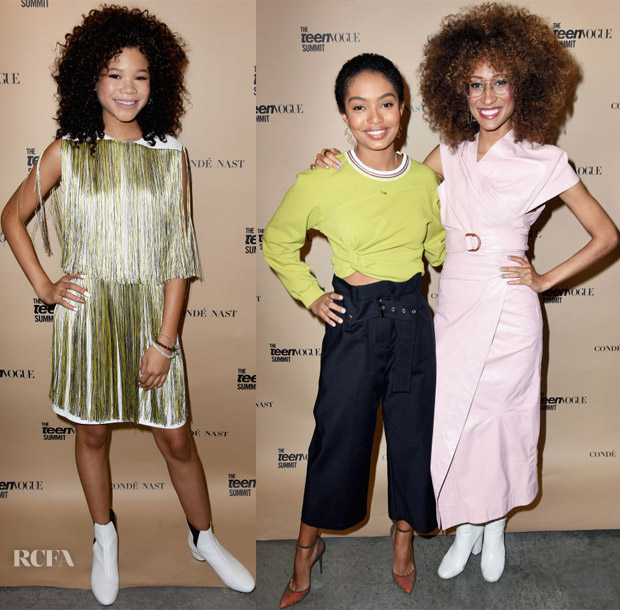 A number of starlets turned out for the Teen Vogue Summit LA: Keynote Conversation with ‘A Wrinkle In Time’ director Ava Duvernay and actresses Storm Reid and Rowan Blanchard on Saturday (December 2) in Playa Vista, California.

Storm Reid: The 14-year-old PYT had fun with shimmery fringe in a JI OH Spring 2017 dress with white booties. But, I was most interested in her beautiful curls.

Yara Shahidi: I like that Yara introduced this zesty lime-green hue into her 3.1 Phillip Lim ensemble with the on-trend, navy paper-bag waist trousers.

Elaine Welteroth: Also channeling the retro flair of white boots, Elaine put a funky twist on the pink primness of her Proenza Schouler Spring 2018 wrap dress which Ana de Armas previously has worn. As with Storm, I was more focused on her hair, which made the look more striking as a result. 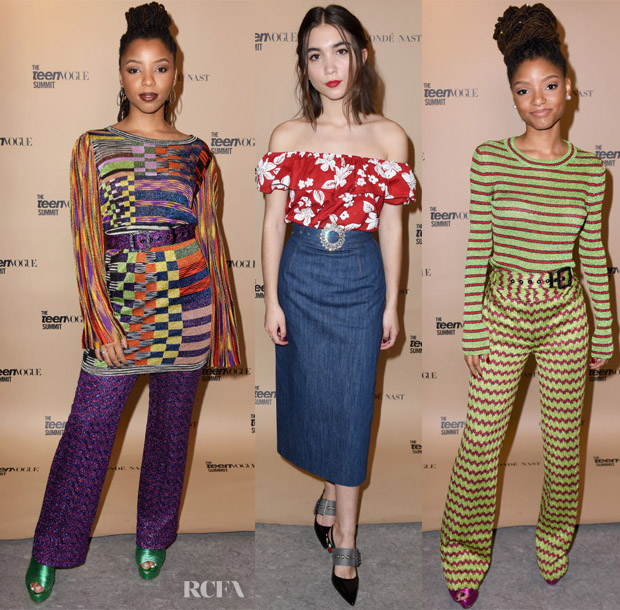 Chloe Bailey: So vibrantly colourful was this Missoni Resort 2018 tunic dress that it could have stood alone. But Chloe took it a few steps further with the coordinating purple trousers and belt and green platforms. Was it too much?

Rowan Blanchard: Donning one of her go-to labels, Rowan merged a certain vintage sweetness in this Miu Miu ensemble with a sharper nod to modern quirk in her pointy Miu Miu shoes for an unexpected but also slightly disconnected finish.

Halle Bailey: Like her sister Chloe, Halle also wore a Missoni Resort 2018 look. I much preferred Halle’s look, as despite its bold mix of hue and graphic pattern, it wasn’t overcooked. 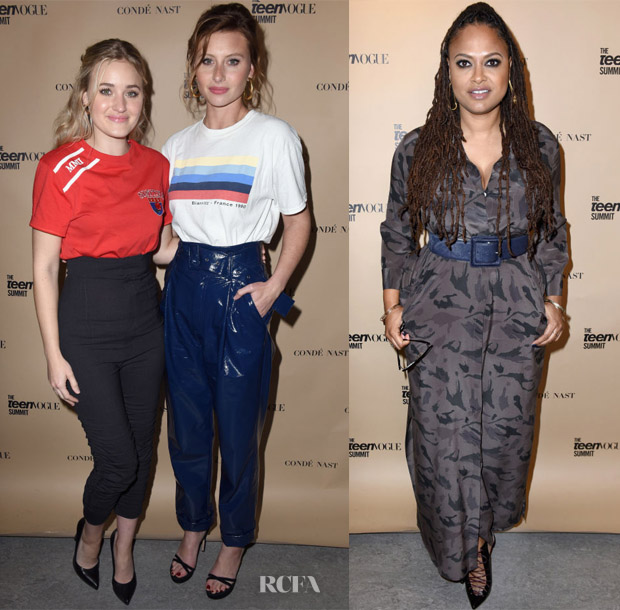 AJ Michalka: Both sport and sophistication were alive and well, with this look featuring a red T-shirt paired with Jacquemus ruched trousers and a pair of pumps.

Aly Michalka: Like her sister, Aly did the tee-and-statement trousers thing with this pair of Sea New York vinyl trousers that proves the vinyl trend is still relevant.

Ava Duvernay: While this L’Agence dress was previously worn by Emmanuelle Chriqui, Ava offered a more conservative interpretation of the long, printed shirt dress. I like the addition of the belt as a more subtle way to celebrate the silhouette.