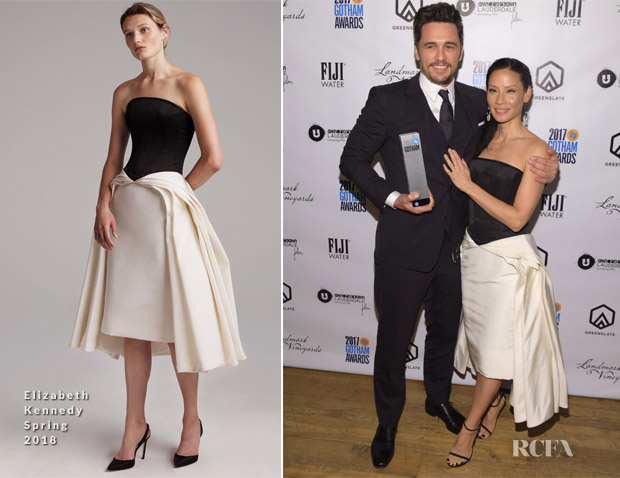 Lucy Liu presented a Dolce & Gabbana-clad James Franco with the Best Actor award for ‘The Disaster,’ at the 2017 Gotham Independent Film Awards on Monday (November 27) in New York City.

As some may know Lucy is my number one girl, so it pains me to say I couldn’t get on board with her Elizabeth Kennedy Spring 2018 dress.

Had the skirt had the same finesse we can see in the look book, I perhaps I could’ve forced myself to raise a smile for this one, but I don’t find the style that flattering to begin with.