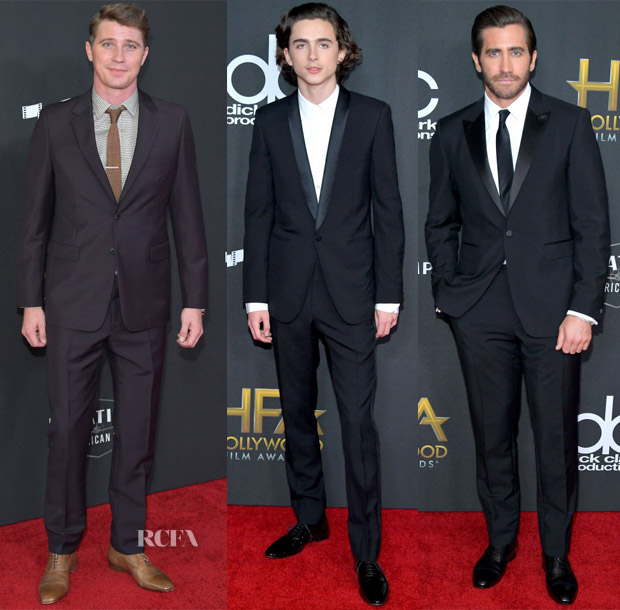 We saw a number of pretty looks from the female set at the 2017 Hollywood Film Awards on Sunday (November 5) in Beverly Hills, California. But, the men served up some stylish offerings and brought their A game, too.

Garrett Hedlund: I like how his micro-print dress shirt and burnt cappuccino tie brought a note of subtle, retro-forward appeal to his dark mahogany Prada suit.

Timothée Chalamet: Always the style charmer, the actor dressed up in a black tux yet ensured it still had a properly youthful, casual-cool edge by skipping a tie or bow tie.

Jake Gyllenhaal: Jake was at his handsome best in this Burberry tailoring whereby the tonal silken sheen of the lapels took the suit beyond standard-issue. 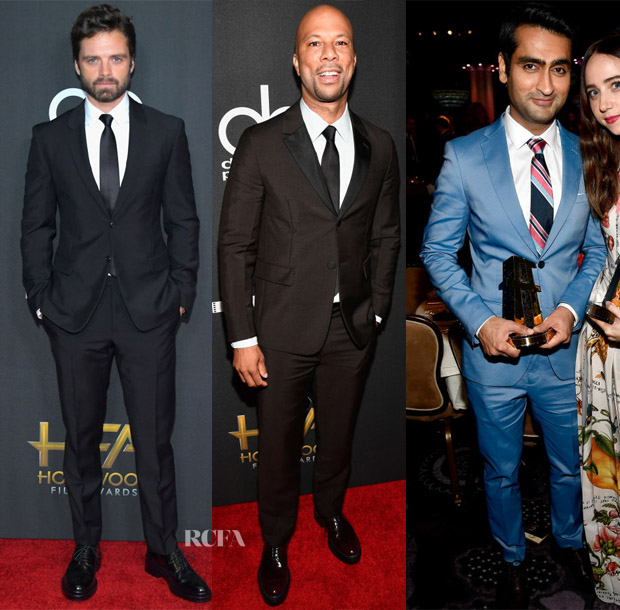 Sebastian Stan: Taking a more classic approach in a Prada ensemble, Sebastian was quite suave in his black suit and tie.

Common: Also one of the men in Prada, he likewise wore a dark suit, tie and shoes.

Kumail Nanjiani: Together with ‘The Big Sick’ cast, the actor won the Hollywood Comedy Ensemble Award, and he stood out for the occasion in his cornflower-blue suit and colourfully striped tie that turned basic suiting on its head. 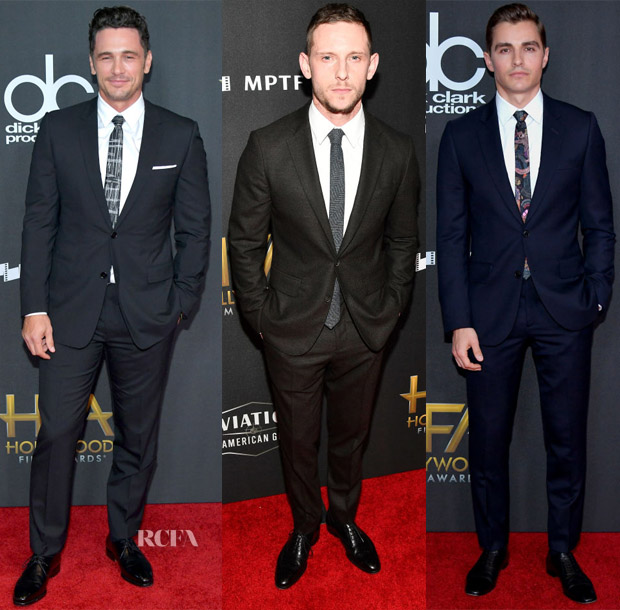 James Franco: The little details can make all the difference, such as James’ abstract, scratch-print tie in this Dior Homme suit.

Jamie Bell: With his hands in his pocket, it was even more evident that his skinny tie was on the long side.

Dave Franco: Like James, Dave relied on the power tie to add some punch to his midnight-blue suit.