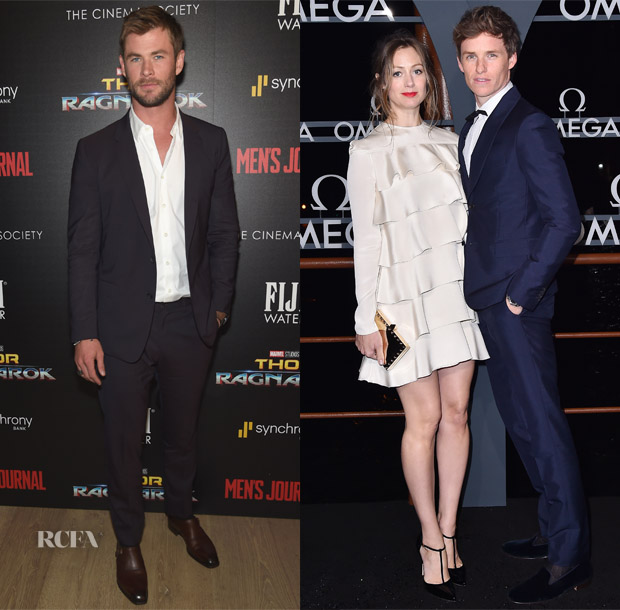 A trio of men have been making the rounds lately, each with his own version of sophisticated style.

Chris Hemsworth: At the ‘Thor: Ragnarok’ New York City screening on Monday (October 30), Chris continued to show his penchant for relaxed-suave appeal in this Dolce & Gabbana suit, yet again skipping a tie in favour of the partially unbuttoned dress shirt.

Eddie Redmayne: It was a Valentino double feature for Eddie and wife, Hannah Bagshawe, at the OMEGA Aqua Terra on Saturday (October 28) in Venice, Italy. He was impossibly dapper in a rich midnight-blue Valentino suit from the Fall 2017 collection that I loved not only for its colour but also for its fresh precision and skinny variation on a bow tie. Hannah, who recently confirmed she’s expecting their second child, was glowing in a Valentino Resort 2018 feminine ruffle dress. 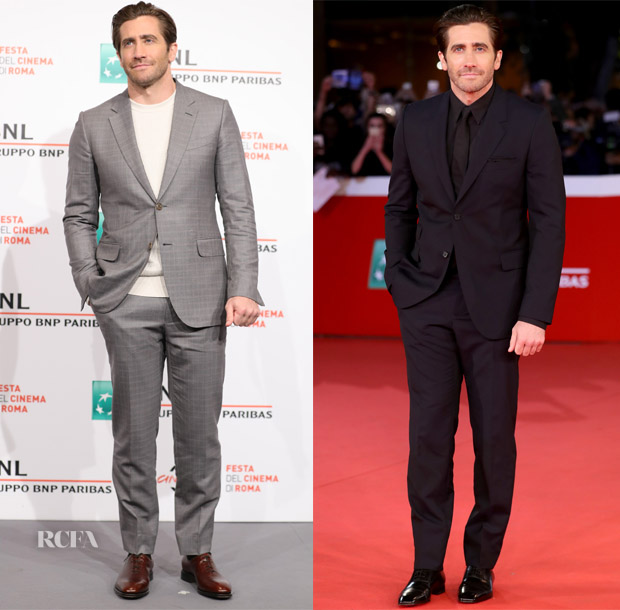 Jake Gyllenhaal: The actor attended the Rome Film Festival photocall for ‘Stronger’ on Saturday (October 28), where he kept it casually handsome in an Ermenegildo Zegna Couture suit styled with glossy Salvatore Ferragamo shoes.

Jake Gyllenhaal: At the red-carpet premiere for ‘Stronger’ later that day, Jake kept the handsome style vibes going strong in a Givenchy suit and Christian Louboutin ‘Greggo’ patent shoes. Despite the monochromatic black palette, he brought so much attitude and elegance to this look.